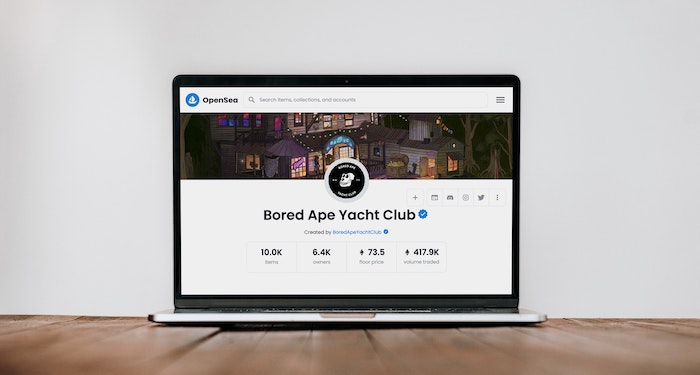 Global law firm Withers has secured a freezing injunction preventing the sale of a pricey non-fungible token (NFT), in what is said to be a legal first within a commercial dispute context.

The law firm, acting on behalf a wealthy NFT investor, secured the order in Singapore’s High Court this week, preventing the sale of a rare Bored Ape Yacht Club NFT on the Ethereum blockchain.

Withers says the move to protect an NFT in this way is the first in Singapore and Asia, and the first globally in a purely commercial dispute.

An NFT is essentially a unique piece of data — in this case a Bored Ape — which relies on blockchain technology to establish verified ownership. You can read more about NFTs over on the Legal Cheek Journal.

The Bored Apes — of which there are only 10,000 in the world — are a big hit among celebrities with cash to burn, with owners including Madonna, Justin Bieber, Eminem, Jimmy Fallon and Paris Hilton. Last month the floor price of Bored Ape hit a record high of £350,000.

The Ape in question, BAYC No. 2162, is said to be particularly rare because it is the “only one wearing a beanie and has a jovial expression”, as well as the fact “it was a ‘virgin ape’ which has not been fed with mutant serum”. Your guess is as good as ours.

The dispute itself centres around a loan agreement between a Singaporean NFT investor (claimant) and a Metaverse personality (defendant).

As part of the agreement, the investor transferred the rare Ape to an NFT escrow account to be held until full repayment of the loan was effected. When the investor was unable to repay the loan, the other party is said to have moved the NFT to their personal Ethereum wallet, before putting it up for sale.

With an injunction now preventing the sale, the investor is seeking an order that the Metaverse personality be compelled to accept repayment of the loan and return the Ape.

“We are the first law firm in Singapore, and one of the first few in the world, that is successful in obtaining a worldwide proprietary injunction to freeze a Bored Ape Yacht Club NFT sale on the blockchain against a Metaverse personality. This landmark ruling is also significant because it recognises that Singapore courts can take jurisdiction over assets sited in the decentralised blockchain.”

In a similar case, Lavinia Deborah Osbourne v (1) Persons Unknown (2) Ozone Networks Inc. trading as Opensea, the UK court earlier this year awarded an injunction against an NFT which it provisionally held had been obtained illegally by hackers.

At least with Beanie Babies, once the gravy train derailed and the dust settled, you still had a Beanie Baby.

Withers is a West End law firm – not a global law firm.

Since when are the following in the West End?

No, it isn’t pedantic to show that you were fundamentally wrong.

Having a private client department doesn’t automatically make you a West End firm.

Sorry for touching a nerve.

Given it is well noted by now that NFT holders typically do not acquire the copyright in the image / data in question, my best guess would be that rather than a proper security arrangement this is most similar to a deposit arrangement, where the “escrow” (sic) account is an account in the name of the lender, subject to an account control agreement stating the terms on which lender must return the NFT following repayment and likewise setting out the terms on which the lender may be entitled to retain, and deal with for its own account, the NFT following default. Given the court order in this case, I suppose we must infer that lender did not yet have the right to deal with the NFT, though it seems accepted that the borrower was in default – presumably within the cure period or similar?

More Anon than the Defendant

“Metaverse personality” eh? It is pretty easy to deduce his real identity. Took me about 10 minutes after finishing the article.