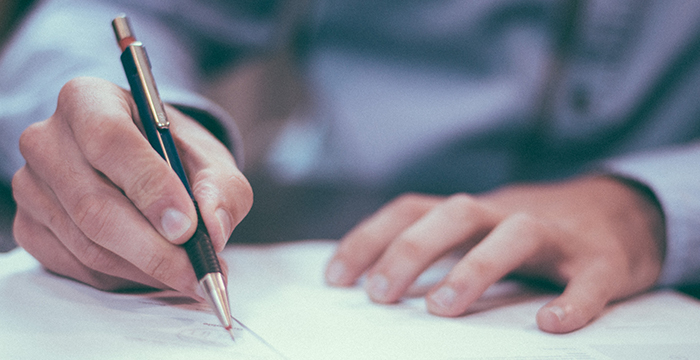 A solicitor has been ordered to pay a fine of £7,500 and £10,000 in costs after instructing his trainee to file a court defence that was “incorrect and misleading”.

Paul Jerome Fitton, of McHale & Co Solicitors in Altrincham, admitted failing to comply with his duties to the court and other professional misconduct, according to the published finding.

The incident arose out of a County Court claim by an unnamed barrister, CS, for unpaid fees. McHale & Co’s defence was that the client, rather than the firm, owed CS the money.

A trainee solicitor drafted and sent the defence on Fitton’s instructions. CS’s solicitors replied almost immediately to point out that it wasn’t true — the contract for fees was between him and McHale & Co — and that misleading the court was quite a big deal.

Fitton soon accepted that the defence was inaccurate, but crucially failed to withdraw or amend it. That meant that he turned up at a hearing before HHJ Roberts months later with a false statement still before the court. The judge commented: “How disgraceful, then, that you, as an officer of the court, file a defence when there is no defence”.

A chastened Fitton apologised, telling the Solicitors Disciplinary Tribunal that he had informed CS within days that he was no longer contesting the claim for fees but had “misunderstood the procedural position” in terms of leaving the defence on file. He stressed that his trainee was not at fault.

The panel said the misconduct was serious and Fitton, as an “experienced solicitor” (six years’ PQE), was culpable. But it accepted that he “was under time pressures, and as such the misconduct does not appear to have been planned”. Nor was there any allegation of dishonesty.

Fair play to Fitton for not, in any way, trying to blame any aspect of this matter on the trainee.

This kind of mistake can happen to anyone. However irrespective of time pressures he should have checked through the document before sending it to be filed with the court. Even experienced Solicitors can’t know everything but there are procedural manuals available
(Not sure what it is today but it used to be the Green Book for the County Court and the White Book for the High Court) sorry it’s a while since I worked as a Solicitors clerk.
They could have asked an experienced colleague just to jog their memory about how it’s done.
Anyway I totally sympathize with the Solicitor who has no doubt learnt from this costly mistake.

World is full of cases where you plead one thing, find it is wrong and then change it in due course. This sort of ruling will make the frothing at the mouth litigators threaten everyone left, right and centre.

If that was the BSB they’d have no doubt gone for ‘lack of integrity’ and tried to get them struck off. This guy was actually quite lucky in my humble opinion.

Shouldn’t the primary disciplinary complaint be for the disgraceful practice of not paying a barrister?