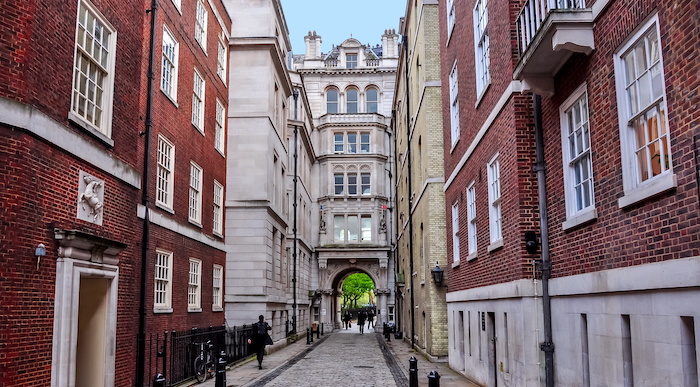 A group of 20 leading commercial chambers have joined forces to launch a new mentoring programme with the aim of encouraging students from under-represented groups to pursue careers as barristers.

To qualify for the scheme, applicants will have started university, but need not yet be studying law, and must fall into a group which is considered under-represented at the commercial bar.

The group behind the scheme, The Commercial Bar Association (COMBAR), gives examples as being applicants with a predominantly state school education, first generation applicants, applicants with disabilities, women, black applicants, and LGBTQ+ applicants. They emphasise that this list is non-exhaustive.

Places on the scheme will be allocated based on the student’s need and potential, with both given equal weight. Assessment criteria include intellectual ability, ability to write/speak persuasively, and evidence of a desire to pursue a career at the bar. Educational and social background will also be taken into consideration, as will extenuating circumstances.

Those who are successful in their application will be allocated an individual mentor who will be a member of one of the participating sets of chambers. Over the course of the scheme, the mentor and mentee will arrange a number of one-on-one mentoring meetings, with mentees also invited to attend a workshop on applications for pupillage and a social event with fellow mentees and members from participating chambers.

Legal Cheek is also pleased to announce it will act as exclusive media partner for the programme, ensuring that it reaches as many potential applicants as possible.

To apply, students should complete this application form by 4pm on Friday 16 September 2022.

In addition to the mentoring scheme, COMBAR also provides up to ten COMBAR scholarships (funded work placements for students from less affluent backgrounds) per year through Inner Temple and Middle Temple, and two scholarships per year for black or mixed black ethnicity students to study the BCL at the University of Oxford.

You can meet many of the chambers participating in the mentoring scheme at The Legal Cheek Virtual Pupillage Fairs on 8 October and 1 December 2022. Applications for the October Fair are now open.

If diversity is so important to commercial barristers, why is it only NOW that COMBAR has decided to act? Any BAME applicant can see with their own eyes the lack of minorities at the commercial bar.

Scholarships enrich educational institutions. Press releases and websites about diversity bring kudos to those writing them.

I feel neither of these things actually helps BAME applicants secure pupillage, nor puts money in their bank accounts.

Get an Oxbridge first. That is what helps applicants secure pupillage and puts money in their bank accounts.

As if every single commercial barrister currently practising has an Oxbridge First and a BCL.

Odd “logic” there, I hope the law is not your target profession.

“If diversity is so important to commercial barristers, why is it only NOW that COMBAR has decided to act?” What do you suggest? Everyone gets in a time machine and changes the past?

There was literally nothing stopping commercial chambers from taking on BAME applicants, which undoubtedly would have led to far more BAME QCs and senior judges than there are now.

So you are talking about recruitment decisions 20, 25, 30 years ago as a criticism of current efforts. Let me get the TARDIS ready and we will sort this out.

I remember a set of chambers (that last took on a BAME barrister in 2001) recently publishing a snazzy website about diversity, their diversity consultants and promoting scholarships to help Black BPTC applicants.

I looked at the chambers’ website this morning. There are no Black pupils or barristers there. But there were many superbly talented Black BPTC students on my BPTC course and at my Inn.

If there were 2 tenants a year, statistically one would expect 0 or 1 black tenants over the last 20 years as the most likely expected outcomes given the demographic population of the UK. So the points you make don’t really go that far.

Keating is not a commercial chambers. It is a construction set.

Gatehouse, 2TG and 11KBW are common law chambers – not commercial.

They are all members of the Commercial Bar Association (COMBAR), hence their involvement in this scheme

A competitor of 11KBW

Have you lost your mind?

What is wrong with being a common lawyer. Many sets are in truth common law sets they just try and hide it.

Class is the biggest problem at the Bar. It is easily redressed. Just recruit more people called Darren and Hannah, and fewer called Charles and Alice.

COMBAR, you do know that you can increase diversity at the commercial bar simply by choosing ethnic minority candidates…?

Always an option. But that puts the blame rightly on barristers behind the decisions, instead of distracting everyone with word salad.

Most BAME barristers work as criminal barristers, not commercial ones.

Ever been to a hospital or GP surgery? You will find substantively more employed BAME medics there there than may found within the general UK population.

So what are you moaning about? You seem to be advocating discriminatory outcomes.