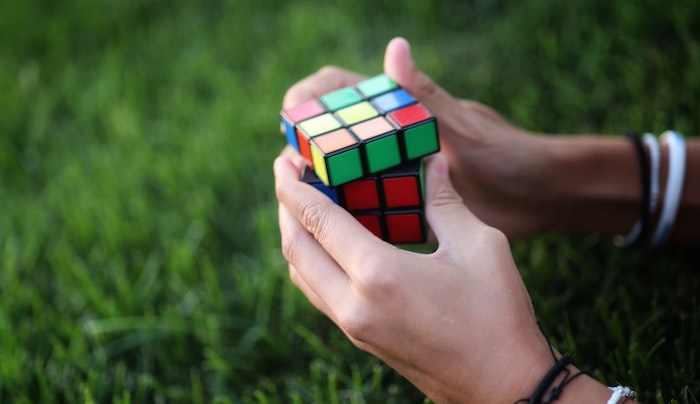 I spent five years in law school as a lost, aspiring lawyer trying to figure out which way I wanted my career to go. It seemed like it was assumed that we all wanted to become solicitors, without any mention of barristers. Still, I knew nothing about the real practicalities of either role, until I left law school and took a job as a paralegal at a law firm.

After graduating, I had almost given up on the idea of pursuing a career as a criminal lawyer; the overwhelming consensus was that you could barely make a living in criminal practice. So I returned to university to complete a master’s in corporate and commercial law and on the course, I met an aspiring barrister who encouraged me to attend a pupillage fair. The fair introduced me to the enchanting world of the bar, reigniting my passion to become a criminal lawyer. After university, I decided to volunteer at Manchester Crown Court and then set off to the US to intern at a death row office. In the process I discovered my calling — to become a barrister — and from this point I would spend another five years trying to crack the Rubik’s Cube of securing pupillage.

Like many I’m sure, my path to pupillage felt like finding my way through a dark, unsolvable maze without a map or compass. After applying for my first mini-pupillage, I distinctly remember receiving a letter back from chambers, warning me of the very low chances of securing pupillage (under 15%), with the overall tone of the letter implying that my time was better spent considering alternative careers. The letter served as a reminder that the competition is fierce and only the best survive. Merit aside, there was the issue of finance which I managed to overcome by winning a bar course scholarship from Lincoln’s Inn, fortunately this gave me the opportunity I needed to compete.

As a combat sports fan, I like to draw comparisons between the legal and combat world; in mixed martial arts what makes an undisputed champion is their ability to adapt and blend different styles of martial arts to expose and capitalise on weaknesses in their opponent’s game. Securing pupillage is similar in that being exceptional in one area, such as, intelligence or advocacy is not sufficient. You must leverage your strengths and identify your weakness in a way which allows you to put forward a uniquely persuasive sales pitch, leaving no doubt in the interviewing panel’s mind that you’re their next pupil.

After years of good and bad advice, redrafting my applications thousands of times, attending dozens of interviews and receiving a lifetime’s worth of rejections, I finally emerged on the other side of an extremely narrow bottleneck when I secured pupillage with the Crown Prosecution Service, starting in 2023. Looking back on a journey I started over a decade prior; this is the advice I would have given my younger self:

Be honest with yourself at the outset and ask yourself whether you are willing to commit to the bar and develop the skills required to become successful. Belief is insufficient without execution, so once you’ve committed to pursuing pupillage you have to leave no stone unturned. You have to be emersed in the world of the bar to find your way through it.

2. Build connections and a network

3. Know the enemy and know yourself

Researching chambers’ websites to appreciate the standard of the competition welcomed is only half the battle. You also must reflect on your own application, compensate for deficiencies and understand the landscape to know where your application is most likely to succeed. Play the odds.

After what felt like an amazing interview performance, I received a rejection. The barrister called me to say that the panel said they had no feedback to give as they couldn’t fault my performance — the truth was the competition was just better on the day. She said timing is everything and I just needed the winds to hit my sails at the right time to go through.

Over the years I ate so many rejections they became like the air I breathed. When it comes to rejections you have to leave your ego at the door and objectively analyse your performance by looking for any information which will enable you to develop. The difference between success and failure is in the margins.

Keep a feedback log of your successes and failures to track your progress, hold yourself accountable and make key changes.

One of the best pieces of advice I got was from a barrister who said “your problem is that you want pupillage too much.” He was right in that it had become the epicentre of my world. This created excessive pressure, manifesting in tense performances. Shifting my mindset and letting go of this need for pupillage is eventually what let my true self come out at interview, freeing me from nerves and allowing me to perform at my best.

Problems are opportunities to engineer solutions. To support aspiring lawyers on their journey to the legal profession, I set up a YouTube channel and website to serve as a legal, performance and wellbeing advocate, sharing the tips and tricks I’ve learned along the way. When times are tough, don’t forget that every rejection is one step closer to an offer.

Taz Aldeek is a law school graduate, Lincoln’s Inn scholar and future pupil barrister for the Crown Prosecution Service, living in Manchester. I’ve set up a YouTube channel to support aspiring lawyers and explore ways to optimise our performance and wellbeing, in pursuit of curating a healthier, happier and more successful life.

I think going “all in ” has its risk. I’ve seen trainees whose whole focus for years has been becoming a solicitor, to the point where it becomes their identity.

Then after a few months they start to realise this is quite different to the idea they had in their mind. It’s then psychologicallydifficult to pivot into something else.

It’s toxic to suggest that those who don’t get pupillage don’t ‘want’ it enough, even after £20+k of debt and sacrificing their twenties.

Completing 30 FRU cases, 10 minis and doing an LLM are still no guarantee of getting anywhere. Any barrister who tells you otherwise isn’t being upfront about what the market was like when they applied, or is hiding their own privileges.

Your kids, partner or dog ultimately couldn’t care less what you do for a living – they would love you for you.

Don’t make pupillage the marker by which you judge your life. Those who do get it aren’t necessarily happy. Remember that mental health crisis at the Bar?

With respect, #1 is bad advice (or, at least, insufficiently particularised so as to be misleading).

If you want to get pupillage, either assess yourself, honestly and critically, or have an impartial and experienced observer (ideally a barrister) assess, your paper CV.

1.) If your paper CV is close to those who are doing pupillage at the set you want to go to, great!

2.) If it is not, think about the steps you could take to get it there. Are there any? Are they likely to succeed? How much do they cost? Is the cost-benefit analysis in your favour? Is there an alternative way to get there which is cheaper and less risky?

The path I would very often commend to students is: be a solicitor for a couple of years first.

Financially, this path is a million times better: you are often at least partially funded for your GDL (if required) or LPC, and then you are paid during your training contract. By contrast, your BPTC and living costs are expensively. More importantly, when you are a solicitor, you can apply for pupillages. Chambers will like your experience a huge amount. Most importantly: if you do not get any pupillages, you will still have a job. By contrast, if you fail to get pupillages after a couple of years of trying post-BVS, you can/will end up in a financially dangerous position because you have spent a lot of money.

There are about 50-75 pupillage spots worth getting.

Unless you are stand out candidate. High first, multiple prizes, charming, interesting, well read…. become a solicitor at a top 20 firm and then transfer across.

I hear people refer to “pupillages worth getting” on here relatively frequently.
I’m never quite sure what they mean. What makes a pupillage “not worth getting”? Presumably, if you want to qualify as a barrister, any pupillage in your desired practice area is worth getting. You seem to suggest about three quarters of pupillage spots are somehow worthless.

If it’s about money – My set is one of the smaller ones, with an award that was (at that time) a lot smaller than I would have liked. A few years on, I’m very busy. I like the work. Do I earn as much as someone of the same call at a “top set”? Probably not, but I’m on a comfortable six figure profit and have time to read Legal Cheek…

I have never wanted to be a solicitor, so am glad I didn’t spend years of my life becoming and then working as one.

If I had wanted to do crime or family, would those pupillages not have been “worth getting” because of the lower pay?

I agree with London civil set. “Pupillages worth getting” are any and all pupillages that you want to, or would be happy to, get. There is definitely a tendency generally to speak only about leading commercial sets as if that is the only career at the Bar worth having, which is absurd. I also agree on the pay point.

However, I do not want my original point to be obscured by the comment of “Chancery barrister”. The advantage of becoming a solicitor first is for those whose prospects of getting pupillage **at a set they want to go to** are slim to begin with.

I am very concerned by the number of bar course students who are sold the lie that they can get pupillage at a set they want to go to and are in fact “no-hopers”. There is a fine line between encouraging lofty aspirations and stoking hopeless delusions, and I worry that there are no firm voices for any given candidate at their Inn or their BVS/GDL provider who encourage them not to waste vast sums of money chasing a pipe-dream.

In my day, barristers would tell applicants that doing lots of voluntary work and ‘at least 10 FRU cases’ was THE way to stand out from other applicants.

There was nothing sadder than seeing some people nearly aged 30 preparing their 20th free employment tribunal, being fantastic advocates but still getting nowhere closer to being a barrister.

Legends In Their Own Lunchhour

You could spend 5/6 years trying to secure a community care/Immigration law pupillage, but financially and stress-wise you would 100% have a happier life doing something else.

Deep down, no one at your old school reunion will think “Wow!!! Look, there’s an immigration barrister!! What a hero!!!”

The Rubik’s Cube analogy is actually a really good one. It’s seen as really hard to do, but really you just need to know someone who can show you the method (read: open the right doors) and you realise that it’s actually quite easy.

And for those of us trying to figure it out on our own, it’s pretty tough.