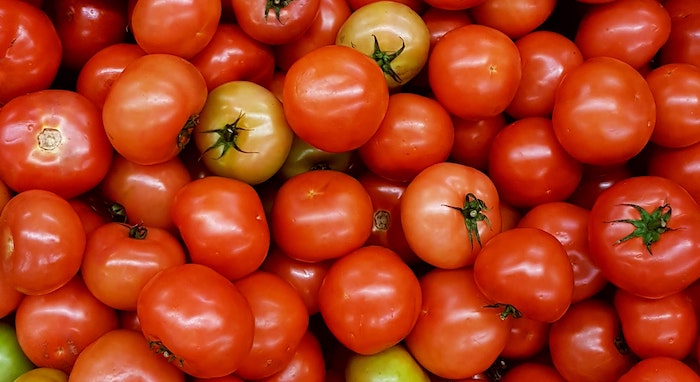 Justice Secretary Dominic Raab has been accused of “hurling tomatoes” from a Pret A Manger salad across a meeting room.

The ex-Magic Circle rookie is alleged to have acted in such a way in a “tirade” of frustration against Ministry of Justice staff back in June.

An insider told The Sun, which first reported the allegation, that “Raab wasn’t happy with the way he was being briefed. He began a tirade, opened his Pret salad and threw three tomatoes out into a bag across the table making a loud noise.”

A spokesperson for Raab said the allegations were “complete nonsense”.

Top Whitehall officials are reported to have gathered MoJ staff to air their feelings and brace for his return to the department. “It was an awful atmosphere when it was announced, like impending doom,” one source told the newspaper, whilst another insider claimed to The Guardian that Antonia Romeo, the MoJ permanent secretary, had “read him [Raab] the riot act.”

Raab was sacked from his position in September, only to return as Justice Sec at the end of October following the demise of Liz Truss’s premiership.

According to The Guardian, some of the civil servants were said to have been in “tears” during the gathering prior to Raab’s return, having allegedly been “traumatised” by his previous 12-month stint. The article went on to claim that several staff decided to move to other positions in the department with senior civil servants at the MoJ being offered “respite or a route out”.

An MoJ spokeswoman has responded to the allegations of tomato-hurling, saying:

“There is zero tolerance for bullying across the civil service. The Deputy Prime Minister leads a professional department, driving forward major reforms, where civil servants are valued and the level of ambition is high.”

UPDATE: Thursday, 17 November 11:09am — Raab says he has now written to the Prime Minister to request an independent investigation into “two formal complaints” that have been made against him.

I have written to the Prime Minister to request an independent investigation into two formal complaints that have been made against me. I look forward to addressing these complaints, and continuing to serve as Deputy Prime Minister, Justice Secretary, and Lord Chancellor. pic.twitter.com/3lmJR76e6b

TC offer holder (not at Linklaters...)