Spoiler: this rhyme is very misleading.

Bear in mind that the bigger the Inn, the more applications it tends to receive: Lincoln’s is the biggest, Gray’s the smallest.

2. Try to ignore the history of the Inns

Each Inn has charming histories — with their detailed websites containing tales of, for example, Shakespeare plays being performed in halls clad in wood plundered from Spanish Armada vessels (pictured above is Gray’s Inn’s “Armada Screen”).

This stuff is amazing, but try to ignore it: choose the Inn which offers you the best chance of a big payout (although it’s worth doing some cursory swotting up on history before the scholarship interview).

3. Inner and Middle award scholarships on the basis of need as well as merit — for Gray’s and Lincoln’s it’s merit only 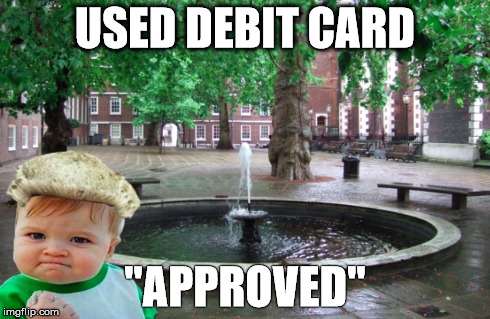 This practical effect of this is that Gray’s and Lincoln’s scholarships go to students with top academics — some of whom (but no means all) are already pretty well off.

Inner and Middle offer a good way into the bar for those who got unspectacular 2:1s, but can make a good case for needing the money.

So there’s not a lot of truth in the old rhyme mentioned above.

4. Inner and Middle interview all candidates

Inner leads the way in this respect, interviewing every eligible candidate since 2008, while Middle interviews all candidates “so far as practicable”. Gray’s and Lincoln’s offer no such guarantees.

5. You can win a rent free central London pad* for the year

Some of Gray’s Inn and Lincoln’s Inn’s scholarships include rent free flats for the year in the heart of legal London. Subletting your amazingly-located room and finding a place in Homerton at half the price, while pocketing the difference, is believed to be seriously frowned upon.

*The photo above is how the Legal Cheek team imagines the flats look.

6. You do not need to be a member of an Inn to apply for their scholarship

Note, though, that scholarship applications can only be made to one Inn.

7. Think carefully about which scholarships you target 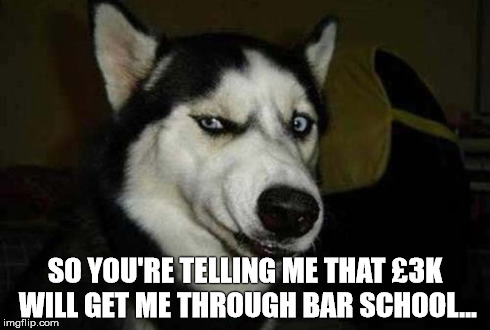 Each Inn has a sometimes bewildering array of different scholarships, but they can be broken down into two categories: ones that cover the cost of your BPTC and ones that don’t.

Some argue that the latter type — which often don’t amount to much more than £3,000 — are of dubious value, barely chipping away at £18,000 plus BPTC fees, and in effect encourage students to take on more debt.

Others say winning these smaller awards were the confidence boost they needed to follow their dreams and embark on successful careers at the bar.

Whatever your view, it’s worth bearing in mind that Inns scholarships function not only as a way to help students fund their barrister dream, but also as an unofficial signpost for pupillage decisions. Chambers favour applicants who carry an endorsement from their Inn in the form of a financial award — even if it’s not a big one.

8. The deadline is next Friday

City law firms pour huge sums into marketing to promote their law school sponsorship packages because they’re desperate for the best students. With wannabe barristers operating semi-independently through chambers, the Inns lack an incentive to crow about all the money they offer.