It’s worth considering the advantages of joining a set in a major city outside London as opposed to doing pupillage in the capital. Exchange Chambers‘ David Williams tells Natalie Kaminski how his career has got off the ground 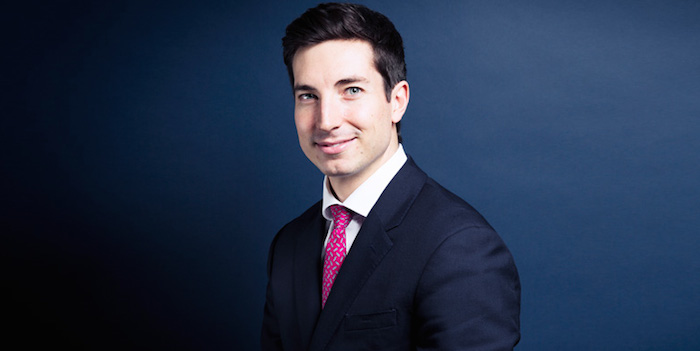 “One of the things that appeals to me about a regional set is that you end up doing more of your own work and maybe more senior work quite quickly. You’re not always sitting behind a senior barrister or doing the running behind the scenes. On the first day of second six I was handling my own case, which is quite rare. You get going quickly — and on quality work too,” says Exchange Chambers barrister David Williams, who was called to the bar in 2014.

The size of Exchange Chambers — which has nearly 200 barristers across Liverpool, Leeds and Manchester — is one of its standout features: “It’s a really big set. Having strength in numbers is always a good thing, and the practical benefit is that there’s always someone in chambers who is a specialist in the area you’re working on, which means there’s always someone you can go to discuss the tricky points you haven’t come across before,” David tells us.

Crucially, in large chambers like Exchange a “broad support network” can exist. The mentoring scheme is good, says David, “but more informally, there’s lots of people around the same level of call who have recently gone through the same things as you, some of which you don’t necessarily want to talk to your pupil supervisor about”. A major attraction of the set is its “great sense of camaraderie” and that “you never feel like you’re on your own”, he adds.

Find out more about pupillage at Exchange Chambers

The open door policy enables this kind of practice support. “You can chat to someone next door — people just wander in and out to ask questions,” David says. Even the most senior barristers are “willing to help the junior members, nothing feels like a stupid question”, he adds. As you progress, cases become more complex, but the transition from pupil to junior barrister is “as straightforward as it can be, because of the people around you”.

Now a commercial barrister specialising in insolvency, David recalls his very first case: “It was a winding up petition. The first time you stand up in court is quite daunting. But at that point I already had six months of sitting behind a pupil supervisor so I was desperate to get on my feet and have a go at it myself,” he explains. “It’s quite exciting. I got what I wanted, and it didn’t go too badly,” he laughs.

At Exchange there are plenty of opportunities for pupils seeking to practice across the full breadth of commercial law, says David: “I saw a lot of insolvency work in pupillage, there’s lots of it coming into chambers. Again it’s a big set so there’s a broad spectrum of work in the commercial sphere — as a pupil you could be doing small claims on contractual matters, possession and bankruptcy hearings, handling witnesses, running small trials. Cases are varied and, as you progress, they increase in value.”

When he’s not in court, David gives the quality of life at Exchange a thumbs-up: “The balance is good. Of course there are drawbacks to the nature of the job — sometimes you won’t get instructions until five minutes to six in the evening for a case you have the next day,” he says. “It’s hard to avoid, but I try to be as disciplined as I can, and get as much done as possible within a standard working day. You’re self-employed so time is your own to manage.”

There’s time for fun, too. Chambers’ summer and Christmas parties feature in Exchange barristers’ diaries. There are also plenty of extra-curricular activities. Last year David took part in the Three Peaks Challenge — in which he and his colleagues climbed the highest mountains of England, Scotland and Wales within 24 hours — for a charitable cause. Whether it’s running the Manchester marathon or just sharing a nice meal, “there’s always something going on at Exchange”, he tells us.

“The best thing you can do is try to get as much practical experience as possible, be it marshalling, pro bono or doing a mini-pupillage. Even if you’re convinced you want to be a barrister, I still think it’s a good idea to do a vacation scheme at a solicitor’s firm, to see both sides of the profession. You can then answer the inevitable interview question, ‘Why do you want to be a barrister over a solicitor?’ with conviction.”

On securing pupillage at Exchange “try to enjoy the first six”, he encourages. “When you first get here you’re likely to be quite nervous and want to seem like you’re doing the right thing to impress others, but this is the only time you get to watch what’s going on and soak things up. After that, in your second six, you’ll move on to your own cases. The opportunity to meet solicitors and build your own practice happens really quickly at Exchange. The clerks are hugely supportive as well.”

Applications for pupillage at Exchange Chambers are open until 7 February. Find out more.