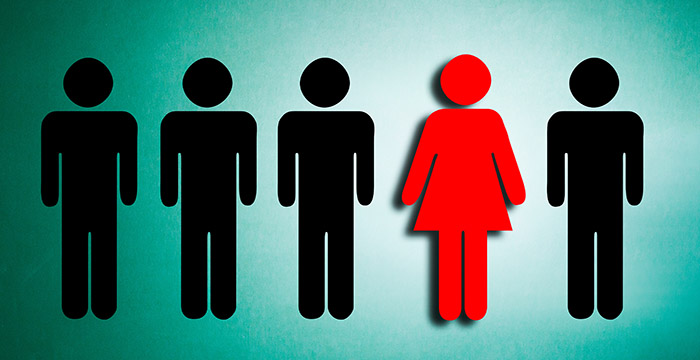 Quotas are the only solution to gender equality in the workplace, or at least that’s what an audience of lawyers were swayed to believe.

Four big names from the world of law, media and politics came together last week at ‘The Legal Debates 2018’, a Thomson Reuters event in London to debate how to bring an end to gender inequality in the workplace.

But before the discussion got underway, members of the audience were asked, via an online poll, whether they agreed or disagreed with the following motion: ‘Quotas are the only solution to gender equality in the workplace.’

Arguing for the motion was co-founder of the Women’s Equality Party Catherine Mayer and Goldsmith Chambers barrister Charlotte Proudman. Meanwhile, BBC journalist Justin Webb and Thomson Reuters’ chief privacy officer Vivienne Artz argued against. The debate’s winners would be the speakers who scored the highest percentage in a follow-up poll.

You are now watching '#TheLegalDebates' live-stream. The motion up for debate is whether 'quotas are the only solution to gender equality in the workplace.' Don't forget to have your say in our Facebook polls – all voters will be entered into a prize draw to win a crate of limited edition Paisley Snail Pale Ale

First to speak was author and journalist Catherine Mayer. While accepting that quotas are not the only solution, she told the audience that they “rip the doors off the room so that the space we [women] are let into is not hostile.”

Following Mayer and arguing against the motion was Webb, who recalled the time his mother was sacked from the Daily Mirror newspaper in the late 60s after falling pregnant. Despite this clear — and personal — example of workplace inequality, Webb defended his no quota stance. He said:

“We’ve made genuine progress since that day. We risk losing sight of the progress we’ve made if we replace the constant push for progress with a heavy-handed system — that creates a separate set of troubles and we run the risk of going backwards. Gender equality is not going to be properly served by quotas. By doing so women could arguably be seen as victims.”

Next up, Proudman. “I am an angry feminist and I am not going to apologise for that,” the pro-quota barrister told the audience. Proudman — who suffered an extraordinary amount of abuse after she famously tweeted a senior lawyer’s sexist private LinkedIn message to her — shared some very personal stories with the audience. She said:

“I’ve been groped in the back of a car by a barrister on the way to court. I’ve been asked to send photos of myself in a bikini by a solicitor when seeking work experience and had my foot caressed sexually under the dinner table at a party. I’ve been referred to as ‘young lady’ in court and been passed up on cases because of my gender.”

Last to enter the ring was Thomson Reuters’ Artz. Pointing to the examples of Spain, Italy and the Netherlands, where quotas have been mandated, the former lawyer explained how such measures have failed to lead to wider organisational change. “There is no trickle-down’ effect,” said Artz. “If it’s really about equality of opportunity and fairness for women — it has to be for all women,” she stressed. Artz said that quotas force women into the “unenviable position” of being a “number” or “token”. Then there’s the risk of women being seen as “illegitimate” — that they’ve been offered the role based purely on their gender or to fill a quota. “Women are on the backfoot even before they start!” she added.

So if quotas aren’t the solution, what is? “Targets,” said Artz. “They’re different to quotas in that they provide accountability, transparency and drive change in a long-lasting fashion.” But Mayer didn’t agree:

“Currently 29% of FTSE 100 board positions are held by women and this has been reached by targets rather than quotas. There is nothing stopping this figure from dropping. The percentage of women directors on FTSE 250 boards has fallen, for example. This is why we need quotas — to stop the backsliding.”

Having heard both sides of the argument, the follow-up poll revealed the audience opinion had shifted — 57.5% for quotas and 42.5% against. Mayer and Proudman were pronounced the winners.