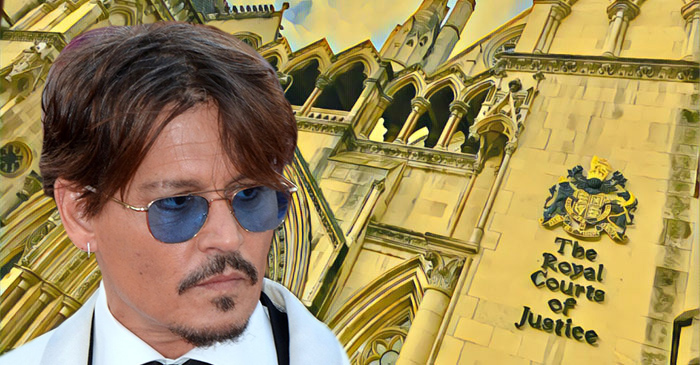 On 2 November 2020, Hollywood megastar Johnny Depp’s libel claim against The Sun newspaper was dismissed by the High Court. While Mr Justice Nicol found that Depp had proved the necessary elements for an action in libel, The Sun had also proved that what they had published was “substantially true”.

An exploration of the relevant law surrounding this case is provided here, along with a comparison to American defamation laws. I will also consider the fairness of the article published and its relevance to the decision. Finally, I will look at what is next, if indeed anything, for the former Pirates of the Caribbean star.

The legal issues within the case are straightforward.

Depp brought the libel action under Section 1(1) of the Defamation Act 2013. This claim followed the publication of an article on 27 April 2018 on The Sun newspapers’ website with the headline, ‘GONE POTTY How can JK Rowling be ‘genuinely happy casting wife beater Johnny Depp in the new Fantastic Beasts film?’. The author of the article was also a party to proceedings as the second defendant.

Depp’s legal team, headed by Eleanor Laws QC of QEB Hollis Whiteman, claimed that the term ‘wife beater’ was untrue and would cause the actor’s personal and professional reputation ‘serious harm’. The Sun meanwhile, whose legal team was headed by Sasha Wass QC of 6KBW, utilised the ‘truth defence’ as defined in Section 2 of the 2013 Act.

Section 2(1) of the 2013 Act states the following: “It is a defence to an action for defamation for the defendant to show that the imputation conveyed by the statement complained of is substantially true.”

Some would argue, that placing the burden on the defendant to prove the statement hinders Article 10 of the European Convention on Human Rights, which guarantees the right to expression. I do not intend to delve into that here but it does raise the question whether the current defamation legislation strikes the right balance between the rights of newspapers to have sufficient freedom to engage in journalistic practices and the right of private citizens not to suffer unwarranted interference (Article 8: Right to privacy and family life).

The UK’s so-called pro-claimant approach is in direct contrast with American defamation law, which is largely pro-defendant. In America, they believe the right to free expression, which is entrenched in the First Amendment of the American Constitution, is more important than compensating claimants for harm caused by defamatory statements. As such, in the US, there is no presumption that the statement made is false. Rather, it is for the claimant to prove that the statement is false. Therefore, had this case been brought in America, it would have been for Depp to prove that The Sun had been negligent as to the falsity of the defamatory statement. Whether that would have meant a different outcome for Depp is a different matter entirely.

Ultimately, ruling in Depp II v News Group Newspaper Ltd [2020] EWHC 2911 (QB), Mr Justice Nicol found that while the statement of ‘wife beater’ would cause serious harm to Depp’s reputation, a fact accepted by The Sun‘s legal team in closing submissions, it was also found on the balance of probabilities that such a statement was true. Of the 14 incidents of physical violence alleged against then-wife Amber Heard, 12 of them had been proved to the civil standard. For the two incidents which could not be proven, the judge noted this was due to certain facts not being put to Depp during cross-examination. Further, the judge rejected Depp’s case that this was all hoax concocted by Heard finding that she had not been physically violent towards Depp.

Is the article as a whole a fair reflection of the situation?

Whether the statement, or indeed the article as a whole, is a fair reflection of events is immaterial to the truth defence. All Mr Justice Nicol was concerned about was whether the term ‘wife beater’ was substantially true or not. It was accepted by both parties that such a term meant the following:

i) The claimant had committed physical violence against Heard;
ii) This had caused her to suffer significant injury; and
iii) On occasion it caused Heard to fear for her life.

Therefore, provided The Sun could prove to the civil standard that Depp had been physically violent toward Heard on at least one of the 14 occasions regardless of the context of the violence or whether she had been violent also, the statement would still be “substantially true”.

Many news outlets depicted this case as Johnny Depp v Amber Heard; however, Heard was only ever a witness for The Sun. She was there solely to prove that the statement was true. While Depp had gone all in to prove his innocence in what could be one of the biggest missteps of his already patchy career.

To conclude, neither Depp nor Heard has come out of this highly publicised trial in good shape, even if no finding of physical violence were made against Heard.

Arguably, Depp’s pursuit of this case was ill-advised. The case placed the depths of a personal life, fraught with excessive alcohol and drug abuse, in full view of the public over three long weeks. The alternative was to simply dismiss the article as tabloid rubbish. Instead, Depp has been legally termed a ‘wife beater’ albeit to the civil standard. This result will serve as a stark reminder to those who believe that they have a cause of action but actually bringing the claim may cause more harm than good.

It will be interesting to see where this case progresses. Depp’s legal team have called the judgment “perverse and bewildering” and indicated that he will be seeking permission to appeal.

The relevant test is outlined in Part 52.6 of the Civil Procedure Rules (CPR). It states the following:

(1) Except where rule 52.7 applies, permission to appeal may be given only where–
(a) the court considers that the appeal would have a real prospect of success; or
(b) there is some other compelling reason for the appeal to be heard.

While at first glance the test appears wide, it is difficult to see how Depp would be successful and what an appeal would achieve. Mr Justice Nicol’s judgment is extensive and involves various findings of fact against Depp across those 14 incidents. The judge made those findings having had the advantage of numerous witnesses giving live evidence. Any appeal hearing, should permission even be granted, would not be a rehearing of the case and would most likely be submission-based only.

This case revolved around the issue of fact, with the judge having to decide which versions of events were more credible. The judge sided with Heard. Any appeal court would place significant weight on the judge’s discretion in the case, with him being more familiar with the evidence than any appeal court would be.

Dragging this case out would only seek to further damage Depp’s reputation with little positives to achieve. He would have to show that the 12 findings of fact that he was physically violent towards Heard were incorrect for his claim to be successful on appeal.

Despite this, the war between Depp and Heard wages on in the US with Depp bringing a further defamation claim against Heard directly for $50 million. It will be interesting to see if the different approach in the US, which poses different questions to that of the 2013 Act, will throw up a different outcome. Further to that, following the imposition of the SPEECH Act 2010, American courts no longer recognise, nor enforce, foreign judgments for libel obtained under laws which do not afford as much protection for freedom of speech as that of the First Amendment. It appears then, that while this judgment may be persuasive to the American courts, Depp and Heard appear destined to do this all over again and I for one will be watching.