On Friday we revealed that the directors of the company behind an event charging wannabe barristers for pupillage application advice are Tooks Chambers barristers Naeem Mian and Sultana Tafadar. Not keen to be associated with such behaviour, one of Tooks’ star silks, Hugh Southey QC, today took to Twitter with the aim of distancing himself and his chambers from the venture.

No one, it seems, had shown Southey the whopping great ad for the event plastered on Tooks’ website. In it, the top civil liberties set labels the paid-for pupillage application and interview session as “ground breaking”… 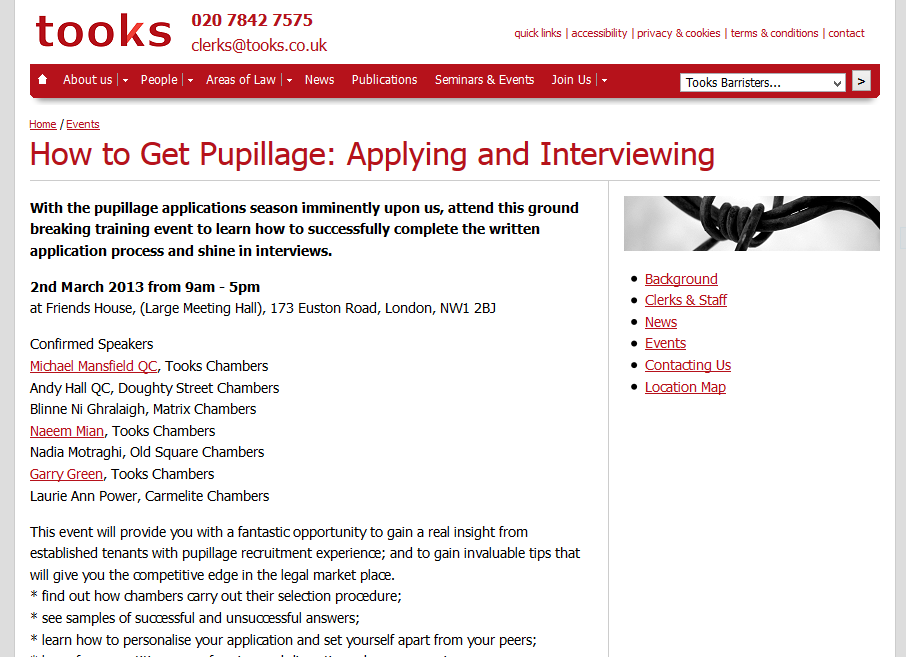 In the last couple of hours, Southey has said that he is “trying to take [the] page down” – and it has now indeed been removed.

Meanwhile, Tooks head of chambers Michael Mansfield QC remains listed as a “confirmed speaker” on the webpage where payment is being taken for the event. As prospective Bar student Rina T put it on Twitter: “Endorsement by implication?”

On Mansfield’s scheduled appearance, Southey said (also via Twitter): “Have had no contact with him so not sure of his reasoning. However, I would want nothing to do with it.”