A spate of recent inter-lawyer Twitter bust-ups (see here, here and here) reminds WaitroseLaw of some classic online overshare moments. She reflects on what up-and-coming members of the legal profession can learn from them… 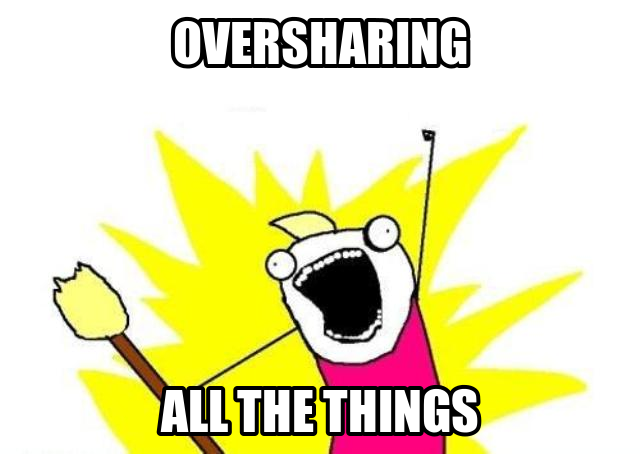 How could a lawyer possibly go wrong on a site which allows you to share your innermost thoughts immediately with an unlimited number of people?

Very easily, is the (unsurprising) answer. As an employee, you’re required to comply with your firm’s internal policies, and many now have a social media policy warning that any online statements which damage the firm’s reputation could result in disciplinary action — even if those comments are made outside working hours. So long as it’s clear from the policy what’s tolerated and what isn’t, your firm will be able to rely on it.

Don’t assume that putting “all opinions are my own” on your Twitter profile automatically protects you — if it damages your firm’s reputation by association, you could still lose your job. Having only a few followers may not help either — unless you protect your tweets, they can reach a wider audience very swiftly — and you would be deemed responsible for the content and any reputational damage.

All this doesn’t mean that you can’t express your opinions online, but it does mean that you’re better off keeping it calm and measured — so winding up Joey Barton probably isn’t the way to go.

In case you’re wondering where this leaves Tuckers senior partner Franklin Sinclair, whose controversial tweets about legal aid made the news recently, a quick check of his LinkedIn profile may offer a clue — “Title: Owner”.

It’s no surprise, then, that inter-lawyer Twitter bust-ups have, to date, largely been limited to senior members of the profession. However, archaeologists specialising in the pre-social media age have located ancient texts, buried far underground, speaking of a mysterious phenomenon known as the “email scandal”.

One of the first such scandals featured Norton Rose solicitor Bradley Chait. For history lovers, the tale is thus: Chait (who is no longer with the firm) forwarded an email from a woman complimenting him in terms which a family website couldn’t possibly repeat. His misdemeanour resulted in him being disciplined, but he kept his job (something the unlucky woman may have found hard to swallow). Clearly, a bit of old-fashioned discretion won’t hurt your career prospects.

After the advent of email came, of course, blogging. No connoisseur of the legal profession’s online high jinks can be unaware of the sterling efforts of Deidre Dare, the ex-Allen & Overy associate whose self-published online novel ‘Expat’ chronicled a series of (largely disappointing) international hook-ups, bleak champagne receptions and occasional musings on Soviet architecture. Allen & Overy fired her (although apparently for the graphic sex scenes rather than the overenthusiastic comma use).

Sadly, ‘Expat’ remains uncompleted, despite a successful Kickstarter funding campaign by the irrepressible Dare. However, all is not lost, as she continues to pursue a wrongful termination and sex discrimination claim against Allen & Overy in the US, having received some financial assistance from Tory MP David Mowat (something which can surely only elevate the Tory party’s moral standing). Even so, best save your torrid tales (50 Shades of Photocopier Ink?) for your retirement.

The arrival of Facebook, with its then ground-breaking ‘status update’ feature, took oversharing to a new real-time level. But, already versed in the dangers of email and blogging, employees grasped the risk associated with the new medium more quickly this time. The temptation to vent remained, though. And the brave did so while attempting to protect themselves by implementing simultaneous defence strategies.

You might, for example, assume that your firm would look more favourably on your online moaning if you threw in some high-brow literary references. But you’d be wrong, as a T-Mobile customer service advisor found out to his cost. In what one can only assume was an act of solidarity with his customers, he started referring to his place of work on Facebook as ‘Dante’s Inferno’, ‘Dante’s’ (which sounds a bit like a friendly cafe-bar) and ‘The Inferno’ (not to be confused with the actual bar Infernos in Clapham, although Dante’s descriptions of “carnal malefactors”, violent fights and gluttons lying deaf, blind and insensible bring back some happy memories for WaitroseLaw).

After a brave attempt to argue that the references weren’t derogatory, he was fired. He subsequently lost his (rather optimistic) claim for unfair dismissal. Accordingly, avoid the urge to describe your senior partner as the biggest shit since the outhouse scene in Ulysses.

Nor would junior lawyers be protected if their Facebook rants were to take aim at their firm’s clients — however unreasonable, lecherous or downright unpleasant they might be — as this tale of a Wetherspoons employee makes clear.

A long shift at said pub chain would be enough to try anyone’s patience, so it’s hardly surprising that after being subjected to workplace abuse and getting two abusive phone calls from a punter’s daughter, one of Wetherspoons’ managers let off some steam on Facebook. However, that didn’t prevent her getting fired, nor did it elicit much sympathy from the tribunal which heard her (unsuccessful) unfair dismissal claim. If the pub chain responsible for some of the UK’s grimmest drinking experiences can claim it has a relationship with customers to protect, so does your firm.

All this takes us pretty much back to the present day world of junior lawyers looking on timidly while their bosses ferociously lay into each other online, safe in the knowledge that they are untouchable. No wonder there has been a proliferation of anonymous Twitter accounts recently…

WaitroseLaw is a lawyer with luscious organic selection, impeccable ethics and dinner party skills. Not affiliated with/authorised by Waitrose.