One partner even served on committee, event brochure suggests 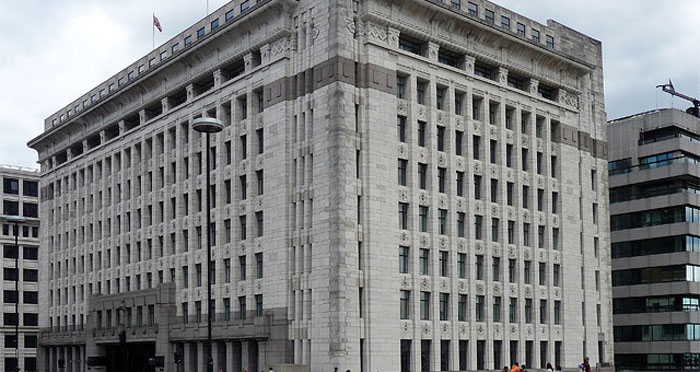 Berwin Leighton Paisner (BLP) has remained tightlipped over claims it was the primary legal adviser to the posh male-only Presidents Club charity.

The City outfit appears to have acted as the principal legal adviser to the scandal-hit trust at least from 2012 to 2016, according to accounts filed with the Charity Commission. BLP is yet to respond to Legal Cheek’s repeated requests for comment.

One of BLP’s top partners is understood to have been assigned a seat at the event. On Thursday, Legal Cheek reported that Graham Shear — who heads up the outfit’s international commercial disputes division — was due to sit at a table hosted by the now former Presidents Club co-chair, David Meller. The event brochure, published in full by The Guardian, also lists Shear as one of the club’s “Committee Members”. It’s not clear whether he attended the event. Shear is yet to respond Legal Cheek’s repeated requests for comment.

BLP is one of only a handful of City outfits to have a woman at the helm. Lisa Mayhew — who has headed the firm’s employment practice since 2013 and is now its managing partner — replaced outgoing head honcho Neville Eisenberg in 2015.

Back with the Presidents Club, and Shear isn’t the only lawyer to be linked to the dinner.

Kingsley Napley’s real estate consultant Francis Weaver is understood to have been assigned a seat at the event. Legal Cheek has contacted Kingsley Napley for comment. Elsewhere, London-based Fried Frank partner, Dan Oates, also appeared on the guest list. A spokesperson for the US outfit told Legal Cheek:

“Dan did not attend the dinner and left shortly after arriving. Dan and Fried Frank are appalled by, and completely disassociate themselves from, the reported behaviour.”

Meanwhile, Mishcon de Reya real estate partner Nick Minkoff was the first lawyer to be publicly outed as an attendee. Responding to the reports, Mishcon de Reya said Minkoff had “attended the evening as a guest in order to support good causes”. It continued:

“He is embarrassed by being associated with this event and has confirmed that he never personally witnessed any of the reported behaviours but does not dispute them. He himself condemns any such behaviours.”

There is no suggestion that any of the lawyers who attended the charity gala were involved in inappropriate behaviour, or that they condone the behaviour alleged to have occurred.