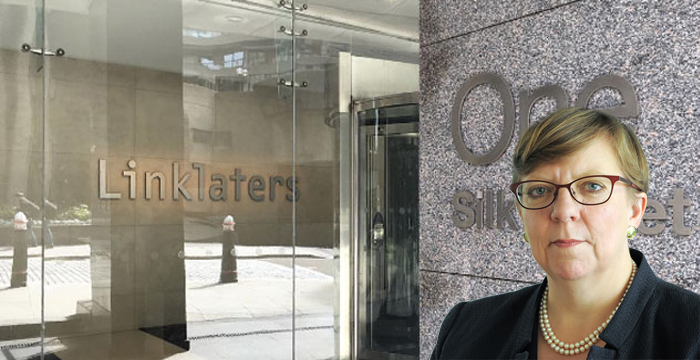 The Director of Public Prosecutions (DPP), Alison Saunders, will join magic circle outfit Linklaters later this year. Saunders will make the mega-money move at the end of her five-year tenure as the head of the Crown Prosecution Service (CPS), in October.

Saunders — who was only the second woman to hold the post when she was appointed as DPP in 2013 — will join Linklaters as a partner in its business crime team. Michael Bennett, Linklaters’ global head of dispute resolution, said Saunders’ “credentials speak for themselves, and she will be a fantastic asset to the team, and to our clients”. He continued:

“She has a wealth of prosecution experience and is accustomed to dealing with regulators and counterparts at the highest level globally. She is an excellent fit for Linklaters’ dispute resolution ambitions.”

Saunders studied law at the University of Leeds before going on to complete pupillage and qualify as a barrister. Joining the CPS in 1986, the Aberdeen-born lawyer worked her way up the ranks to become chief crown prosecutor for Sussex in 2001, and deputy legal advisor to the Attorney General in 2003. She held the role of chief crown prosecutor from 2009 until 2013. While here, Saunders oversaw the successful prosecution of Stephen Lawrence’s killers.

Her stint as DPP was not without controversy. She faced calls to resign in June 2015 following her decision not to charge Labour peer Lord Janner with alleged child sex offences (her decision was later overturned following an independent review headed up by 6KBW’s David Perry QC). More recently, Saunders came under fire after several rape trials collapsed because of disclosure failings.

Focusing on the positives of Saunders’ tenure, a CPS spokesperson said:

“The criminal justice landscape is changing rapidly, as crime trends shift and courts become digital. Under Alison Saunders’ leadership, the CPS has adapted to that changing environment, maintaining performance without compromising our core principles of independence and fairness.”

Saunders’ upcoming move to Linklaters will likely come with a pay rise. She earned £200,000 in salary and an additional £42,000 in pension benefits at the CPS last year, according to reports. Linklaters’ latest set of financials show that profit per equity partner (PEP) currently stands at a whopping £1.57 million.

Recruitment for Saunders’ successor will begin later this month. The post has been held previously by barristers include Keir Starmer, Ken Macdonald and David Calvert-Smith.