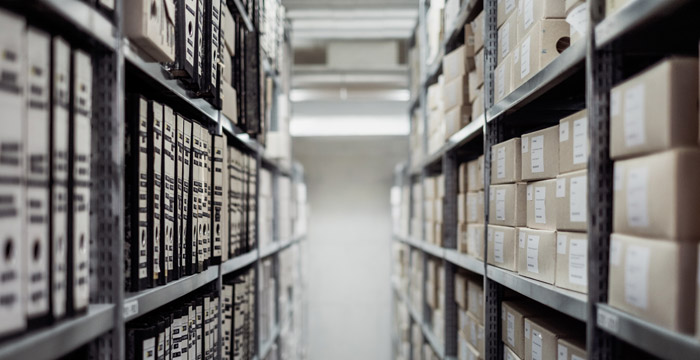 The media has not been kind to the Crown Prosecution Service (CPS) recently.

Several collapsed cases have made headlines, these falling apart due to disclosure failings. Disclosure is the duty that the CPS and police have to fully share all material that weakens the prosecution’s case or strengthens that of the defence. Disclosure is a vital element of a fair trial, which every accused person is entitled to under article 6 of the European Convention on Human Rights.

Sensationalising isolated cases encourages public outrage and reduces confidence in our criminal justice system. Using phrases like the ‘non-disclosure scandal’ is unhelpful when there has been no evidence of dishonesty or malpractice. However, these cases are representative of the systemic problems the criminal justice system faces, and shining a spotlight on them is more important than ever. A quick run-through of the cases:

Liam Allan, a 22-year-old criminology student, faced 12 counts of rape and sexual assault. After two years waiting, his trial was dropped when it emerged evidence on a computer disc — which police had looked through — showed messages from the alleged victim pestering him for “casual sex”. Allan said he spent two years living in fear. His lawyer has now said that Allan will probably seek compensation.

Just days after the Allan case collapsed, a 25-year-old was released from prison after the emergence of evidence which strongly undermined the prosecution’s case. Isaac Itiary had been arrested for having sex with a child, before text messages revealed the alleged victim had lied about her age and pretended to be 19. He had spent four months in prison.

Oliver Mears, a 19-year-old student, was arrested for rape in 2015. He was also on bail for two whole years before charges were brought. The case was dropped when a different lawyer reviewed a diary which provided material that supported Mears’ story. Mears’ lawyers had asked for the diary since October last year. Judge Jonathan Black said that there seemed to have been “unnecessary delays in investigating… leading to what seems to be a completely unnecessary last-minute decision” by the CPS.

The case of Petruta-Cristina Bosoanca, though instinctively different to the three cases above, also collapsed after the CPS sat on evidence. Bosoanca was charged with people trafficking and controlling prostitution charges. She was held in custody for 13 months before her trial collapsed. Tragically, she gave birth in prison during this time.

Relevant evidence was known to the police from January 2017 but was not disclosed until December 2017. According to defence lawyers, it would have taken a mere four days’ work to find the evidence that would have undermined the prosecution’s case.

Bosoanca called the CPS “incompetent” and hopes that someone will be punished. The judge in the case said there had been “wholesale failures” and that the court had seemingly been “significantly misled” by the CPS as to the strength of the evidence. A senior prosecutor apologised to the court, admitting that the CPS’s handling of the case had “fallen below standard”. The judge referred the matter to the Director of Public Prosecutions (DPP) and it is being reviewed.

Why did these cases collapse?

In each of these examples, disclosure failings were the reason for the cases collapsing. But why is this happening? Of course, the obvious answer is a lack of resources. Andrew Walker QC said it is a “classic case of money not being put into the system, and that absence is leading potentially to trials not being fair and to miscarriages of justice.”

Angela Rafferty QC, who represents criminal barristers in England and Wales as the chair of the Criminal Bar Association, said that CPS funding has “nosedived” and so have staff numbers in the CPS and police. She said it was “not just disclosure that is failing — the entire system is in crisis” and that “criminal justice is on its way to a dystopian disaster”.

However, the Attorney General, Jeremy Wright QC, said the failures were “primarily the result of police and prosecutor failures”. He said:

“The failings in these cases have not been because there wasn’t a police officer and there wasn’t a prosecutor, it’s because they didn’t appear to be applying the regime they are expected to apply in conducting disclosure properly.”

The FDA National Officer for the CPS wrote to Wright in response, pointing out that the number of prosecutors in the CPS has fallen by 30% since 2010, and that the nature of information the CPS have to deal with has transformed over the past 20 years. This transformation refers to the increasing role of evidence found in digital technology.

The “vastly increasing use of social media” has been identified as posing a real challenge for the police and CPS, as a single smartphone could contain the equivalent of up to 30,000 pages of information. In the Allan case, the evidence was on a computer disc. There were more than 57,000 lines of message data. In the Bosoanca case, it was social media material that was not disclosed. It seems that the CPS and police lack the resources to properly examine the huge amounts of digitally-stored information in cases.

How bad is it?

The problem may go much deeper than resources. Nick Ephgrave, Chief Constable of Surrey police, the force involved in the Mears case, was refreshingly honest in admitting that there is a “cultural problem” with disclosure. He said it is “too often seen by police officers as a thing to be done at the end of an investigation, becoming subsequent to, rather than integral to, the investigation”.

The DPP, Alison Saunders, has also been accused of following a “highly political agenda” by prioritising her goal of raising the pitiful rate of rape convictions. A CPS spokesman pointed out that the CPS’s conviction rate was 83%, and that “the number of unsuccessful outcomes due to disclosure issues represents 0.15% of these prosecutions”. (The BBC found from a freedom of information request that charges against 916 people had been dropped in 2016-17 due to disclosure failures, which was a rise of 70% from the 537 in 2014-15. That’s almost 1,000 people who could have faced miscarriages of justice.) However, it was conceded that there are still “systemic disclosure issues”.

This is a very troubling thought, but it highlights the tension that the police and CPS face in having to hand over information that will undermine their case. It’s sort of like trying to get yourself elected as an MP but also telling people the reasons why they might not want to elect you.

The situation is bad enough that the Commons’ Justice Select Committee has launched an inquiry into disclosure problems and the role of the CPS. The CPS, the National Police Chiefs’ Council and the College of Policing have also launched a ‘national disclosure improvement plan’ to improve training, develop specialist disclosure experts in every police force, and provide all multimedia evidence to the defence digitally. This is a step in the right direction, but seems like plugging a hole in a sinking ship.

These disclosure issues are part of a bigger picture — a criminal justice system which is literally crashing down around us. I know that what I’m saying will not surprise you; we all know how bad it is. This isn’t some abstract area of legal process. Failing to disclose key material deprives people of the liberty and can ruin their lives. Judge Ticehurst, who sat on yet another recent sex offence trial that broke down, is right: people will lose all faith in the criminal justice system if this continues.

Fraser Collingham is a University of Nottingham law graduate and future trainee.