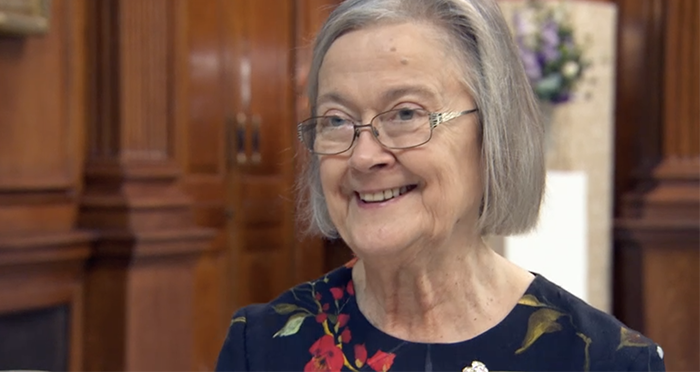 Lady Hale, the president of the Supreme Court, made a brief, but enjoyable, appearance on BBC cooking show MasterChef last night, where she sampled fish dishes alongside a number of other female VIPs.

The theme of the semi-final programme was the celebration of female suffrage. In 1918, so 100 years ago, the Representation of the People Act was passed, giving some women the right to vote.

“It is a privilege to be invited along to the MasterChef semi-final and I am looking forward to sampling three delicious fish dishes. In addition to sampling these delicious plates, I am delighted to take part because the lunch will celebrate one hundred years since some women were first given the right to vote in 1918. We have a lot to thank the suffragists and the suffragettes for, so I am excited to see how these talented semi-finalists approach marking the anniversary.”

First introduced 16 minutes into the prime time show, and seen nattering with fellow diners over a glass of bubbly, Hale said: “Votes for women is a very big occasion, and it’s wonderful to be coming here to help celebrate it.” 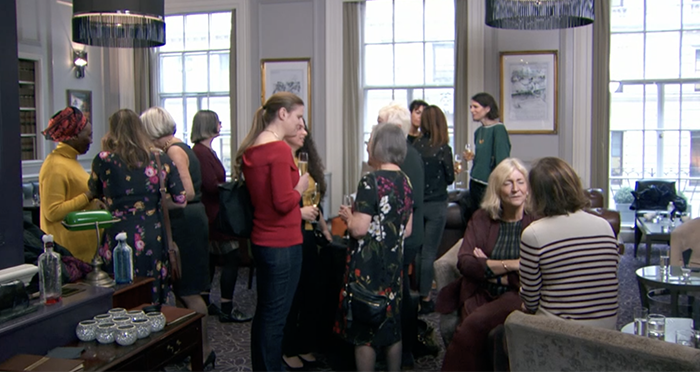 Hale, who was the first female Law Lord and is one of just two women currently serving on the Supreme Court bench, then pointed out: “The year after votes for women, women were allowed to become lawyers and eventually to become judges, so we’ll be celebrating that too.”

Unfortunately, our TV screens were lacking Hale during the service, so it’s unclear how she thought the food went down. We did, about half-way through the show, get this snippet from her, though:

“I also think it’s really, really hard to cook fish for large numbers of people, so I think that’s probably the biggest challenge.”

Also, we saw her clapping at the end of the challenge, so that’s a good sign. 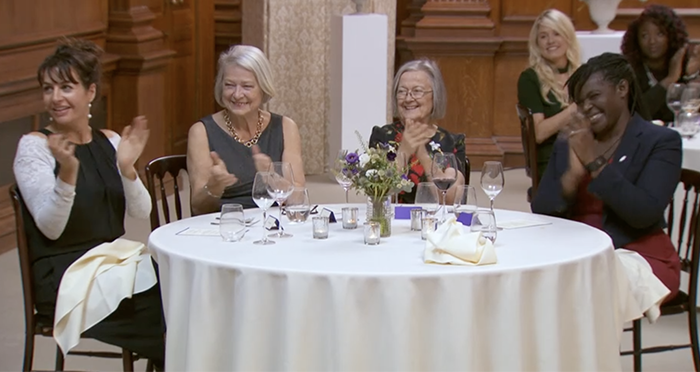 This is far from the first time a lawyer has appeared on MasterChef.

One episode in 2015 was set in the Law Society’s Chancery Lane HQ. Then, the five contestants were tasked with producing three courses for Andrew Caplen, who was the Law Society’s president at the time. He was joined on the show by the likes of Catherine Dixon, the then Society’s chief executive, and Max Harris, the then chairman of the Junior Lawyers Division.

Three years before that, the glorious Middle Temple played backdrop to the BBC cooking competition. The culinary hopefuls were tasked with feeding 230 hungry barristers, and were met with praise including: “it was delicious” and “stellar”. Unfortunately, one judge wasn’t quite so impressed, labelling the starter “too big” and sneering that there “wasn’t enough passion” in the passion fruit-flavoured dessert.