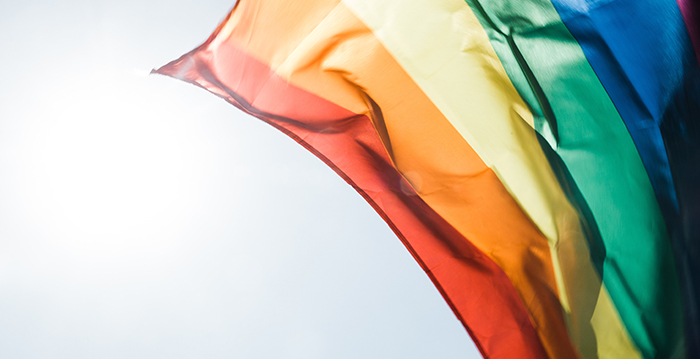 Compiled by equality charity Stonewall, the index celebrates the endeavours of leading organisations to create inclusive workplaces and advance equality for LGBT people. This year’s 13-strong list — based on a benchmarking tool called the Global Workplace Equality Index — is dominated by City outfits.

A special mention goes to Baker McKenzie, which will receive Stonewall’s special Global LGBT Network award at an event in London this evening.

Commenting on this year’s list, Ruth Hunt, chief executive of Stonewall said: “LGBT people face discrimination, violence and isolation in every country in the world. In more than 70 countries, consensual same-sex activity remains illegal, and the death penalty exists in eight. Only six countries allow trans people to self-determine their gender.” She continued:

“At a time when global LGBT rights are under threat of going backwards, we’re proud to work alongside our Top Global Employers, who operate in some extremely difficult contexts, to ensure all people are protected and welcome at work, wherever they are.”

The other top employers to make this year’s list were Accenture, Barclays, Royal Bank of Scotland, SAP, Vodafone and Zurich Insurance Group.

Earlier this year, Legal Cheek reported that 16 City firms had been named on Stonewall’s workplace equality list. Not to be confused with today’s index, the top 100 list ranks businesses on similar inclusivity-based criteria.

Talk about it. Is this what our grandfathers fought in Normandy for?

Virtue signalling at this hour of the day!? Have you no decency?

So so true. Times change. Not always for the better.

I am a future trainee at Irwin Mitchell, I genuinely want an answer as to whether I have a good shot at changing from IM to a US firm like Cleary, White and Case etc after qualification. A lot of people have done sarcastic posts like these but as someone who will be a good national firm I want a serious answe – positive or not.

The serious “answe” is no. Sorry.

Why though? Surely it’s down to me as a candidate, I know Irwin Mitchell isn’t Hogan Lovells / HSF / Magic circle BUT it is one of the best national firms in the U.K. You see people from regional firms break into the firms I just mentioned so why can’t a national firm associate break into the US elite

1. go to linkedin and do some research/stalking to see if anyone has successfully done than from your firm.
2. You are expecting a major upgrade, from a 3 to a 8. I suspect because of your desire to taste the fine wine of life (£143k), thats why he/she said no.
3. It will depend on you as an individual – are you unique and a stand out individual or just another lawyer who is basic and just wants an upgrade. Also depends on who you know .

Trust me, you won’t make it. First you have to escape your steel work cage in your designated work pit. Then, you have to find a way to disarm your supervisor from his cattle prod. Even if you make it past that, you have to decode the locked door and ascend 13 floors on foot to get to ground level where the guard dogs are waiting with their armed handlers. I’d suggest just sticking it out and enjoying your daily discretionary 10 minute soggy digestive break.

If you swap the letters around your name would be Giant Cock! That is funny.

Meanwhile here I am, shivering with fear hidden in the men’s cubicles, trying to tug one out to keep myself sane after having spent the past 72 hours living in the office.

Same here, except I take the trainee to the toilet with me.