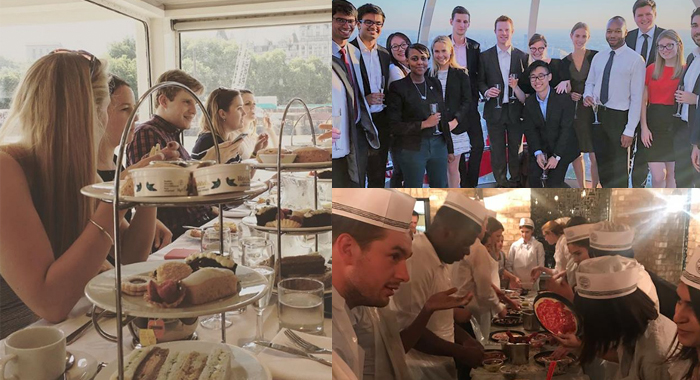 Summer vac scheme season is well underway, which can only mean one thing: City law firms tripping over themselves to show that their bunch of young training contract seekers are having an incredible time.

Last summer, there were jollies to Paris courtesy of Clifford Chance, painting masterclasses for Linklaters‘ lot and crash courses in pizza making over at DWF.

But what have this year’s group of aspiring City lawyers been up to that’s totally not law-related? Legal Cheek has selected some of the best:

Our students are getting creative on their summer vacation scheme. Our chocolate making workshop crowned an Easter-themed deconstructed chocolate egg as the winner.. sweet! pic.twitter.com/NnPFdVcFtS

Meanwhile, Linklaters’ group of TC hunters were treated to a champagne-filled ride on the London Eye.

Time flies when you are having fun! Week one of our first summer vacation scheme has already come to an end.
After a busy week, it looks like the students and trainees had a great time at our Underground Cookery School social last night! pic.twitter.com/jw1E536lJc

In a change of pace, it was an adrenaline-fuelled powerboat ride along the Thames for Hogan Lovells‘ squad.

Ditching the Domino’s ‘Two for Tuesday’ deal, Ashurst‘s vac schemers were taught how to make freshly made pizza.

Baker McKenzie‘s lawyer hopefuls indulged in a spot of afternoon tea while cruising along the Thames — hopefully at a slightly gentler pace than Hogan Lovells’ lot.

It was cocktails on the terrace while watching the World Cup for Allen & Overy‘s group.

And a game of darts down the boozer for Macfarlanes‘ training contract seekers.

Eversheds Sutherland‘s bunch had to escape in fancy dress.

And Pinsent Masons‘ vac schemers got to grips with Mixology.

Did anyone actually do any legal work?