A degree in the dark arts? 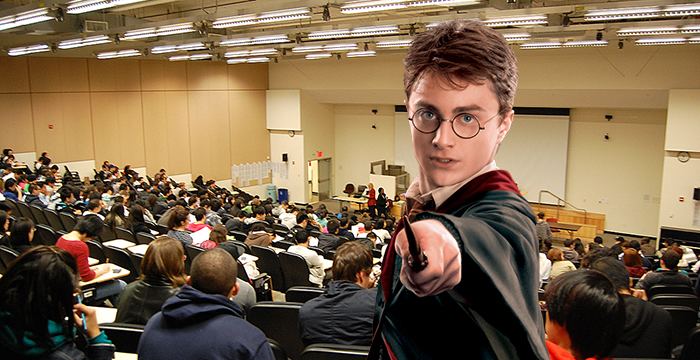 Fancy writing an essay on class rights in Harry Potter and a study of the enslavement of house elves and the marginalisation of werewolves? Well, aspiring lawyers over in India now can thanks to a new Harry Potter-themed law module on offer at the West Bengal National University of Juridical Sciences.

The new module, entitled ‘An Interface between Fantasy Fiction Literature and Law: Special Focus on Rowling’s Potterverse’, is open to fourth and fifth year students for the 2018-19 academic year, according to news website Legally India.

The course, which is the brainchild of an assistant professor there, Shouvik Kr. Guha, also includes studying: ‘Legal traditions and institutions in Potterverse, including the role of law and rule of law in a magical society; moral choice and liberty in Potterverse and the role of bureaucracy in the Ministry of Magic’. Other topics include: ‘unforgivable curses’, ‘Wizengamot trials and the ‘innocence of Sirius Black’.

Indeed, course-creator, Guha, even finds parallels between Hogwarts and law school (think Hermione Granger regularly rushing off to look something up in a book, perhaps?). Defending his decision not to opt for more career-focused courses, Guha said:

“I believe that a teacher should always push the boundaries, instead of growing too comfortable or complacent. As should every student. This course is partly meant to do exactly that.”

As usual, the Americans have got here first, however, and Guha is not the first to make the connection between JK Rowling’s celebrated series and the law.

In 2010, two US academics, Jeffrey Thomas and Franklin Snyder, gave a paper on the very subject, only to find that the lecture went down so well they decided to put together a book about it. A book which features on Guha’s reading list: Harry Potter and the Law.

Read the module overview in full below: