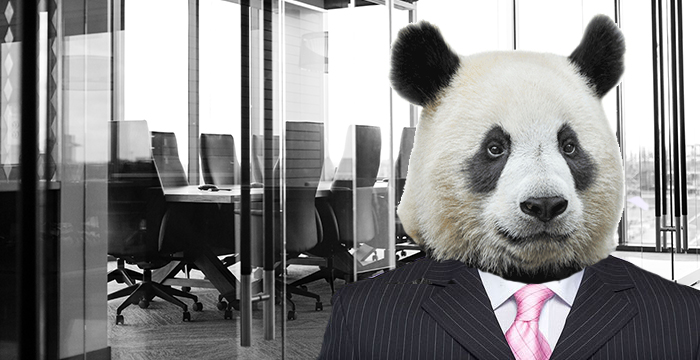 Investment in automation tools by corporate law firms could result in junior lawyers going the way of the dodo, a legal academic has warned.

John Flood, a professor of law at Griffith University in Queensland, Australia, says junior associates and paralegals are the “endangered species” in law firms, as large chunks of their day-to-day work are ripe for automation. This, according to Flood, includes tasks involving “high degrees of repetition and relatively simple processes”, such as finding key words in a document.

Writing in a new academic paper, ‘Legal Professionals of the Future: Their Ethos, Role and Skills’, Flood continues:

“The effect of automation here could be dramatic in that if junior associates were to be gradually culled from firms, the entire reproduction of the legal profession could be jeopardised since law firms are structured around associates being promoted to partnership…”

In addition to this, the prof cites the decline in paying for junior lawyer work by corporate clients (see our previous story on Deutsche Bank) and the potential knock-on effect this could have on trainee intakes at City firms. Flood, who is also an honorary professor at University College London and a visiting professor at the University of Westminster, goes on:

“We know law firms operate multiple tracks where some juniors are ‘trained’ with prospects of making partner and other tracks where associates are churned through the organisation without training. In all probability, elite big law firms will retrench to a model closer to the 19th century one with a small number of partners and a large cohort of mostly underqualified or uncredentialled clerks who have little or no possibility of rising through the firm.”

The academic’s bleak forecast follows what is arguably an even bleaker one courtesy of the Law Society. Having looked deep into its crystal ball, the Chancery Lane bigwigs released figures in late 2017 which suggested automation could have a devastating impact on employment across the whole legal services sector. It said:

“Over the longer term, the number of jobs in the legal services sector will be increasingly affected by automation of legal services functions. This could mean that by 2038 total employment in the sector could be 20% less than it would otherwise have been, with a loss of 78,000 jobs — equal to 67,000 full-time equivalent jobs — compared to if productivity growth continued at its current rate.”

Sign up to the Legal Cheek Newsletter
LawTech Solicitors

And what can a “law prof” possibly know about the actual law practice? LOL

If he doesn’t have a YouTube channel I don’t want to know.

He does sociology of law and wrote a very thorough book about barristers’ clerks – heavy on practice. Not your usual law prof.

I think we’ve all had enough of these so-called experts.

And that’s why we voted leave, hun.

The picture shows that trans-speciesism is a thing!

I demand to be recognised as a zebra even though I outwardly appear human.

Self-identification means it’s my right, and no, I’m not just a stripy horse- that is just about the height of offensiveness.

Given how technophobic the majority of our partners here are (one partner yesterday told a meeting with pride that he had literally never opened our document management system) I think we are a long way off them investing in anything as confusing and scary as automated juniors.

It’s going to be biblical

Those khunt partners with £3.5 million mortgages

They let you out of your cage again?

Wait a minute everyone believed that Durham dean professor from America about his negative views on the SQE who never practiced law.

Now no one believes this guy?

THE DOUBLE STANDARDS IN THIS CONMENT SECTION IS A FISGRACE

I think there is a difference between these two points.

1. people believe the professor on the SQE because on the facts of SQE and what it aims to achieve it cannot be viewed positively. You could present the facts of SQE and its potential impact to a non-law person and you would still get a “that does not seem to work” response. Its not likely to reduce cost; it is not fit for purpose in providing the skills to train.

2. Despite all the marketing, legal tech is not what it appears to be; it is not there yet. When you have clients paying eye watering rates for the work they get (in the city at least), who would want to pay the money for to get a 100% proof check of documents after the automation? A £600/hour partner, or a reduced trainee/paralegal? When the stakes of having an error/or search term missed by automation can cost the client millions of pounds, it would be concerning to place such reliance. The level of risk is too high.

The above should draw a fine line between why one professor is believed over the other.

There is an argument to make that automation of services does not endanger trainees, but allows them to free up their time, so that it is focused on truly gaining legal training instead of photocopying, in response to the original article.

The ‘SQE can not be viewed positively’ are you on drugs? When the LPC was being dreamt and introduced to replace law society finals the same negative rhetoric was used.

If you think there is prestige attached to 15000 pound course with dismal career prospects eg McMillan Williams want LPC for a paralegal role paying 15000 a year for 60 hour weeks, and cuts to legal aid and litigants in person, then you are a disgrace.

IVE SEEN PEOPLE DO THE LPC COUKLDNT GET ADMITTED THEN SPENT MORE MONEY ON CILEX TO GET ADMITTED STRAIGHT AWAY all without working as LPC paralegal doing 4 YEARS PARALEGAL WORK TO QUALIFY AS A SOLICITOR.

SQE is going to require a prep course, which is going to be provided by Ulaw/BPP and other providers. Those providers are going to still charge an extortionate amount of money for that course.

Your post infers that I place great emphasis on how great the current system is. I do not place such emphasis. The current system is flawed; the SQE does not improve on that, and I believe it is going to provide a lesser form of education.

The SQE wants stage 1 completed, then the period of recognised training, then completion of stage 2. What this means is that intakes of “trainees” (they are still going to be considered as such by most firms) are going to be absent from firms while taking exams/prepping for them. That raises operational problems for firms losing people for extended periods of time. If you are working lean and then losing people, it is likely going to raise issues.

At the moment, you have not set out the merits of the SQE but merely the flaws of the current system. I could not agree more that what we have now is not perfect, but what is coming next does not convey a solution to that problem. Perhaps you could enlighten me?

I have set out the merit of the SQE already it does not require a training contract unlike the LPC which does. The stage 2 SQE is similar to the current Professional Skills Course. Therefore firms will be able to accommodate absences just as before.

LPC is very labour intensive, the SQE prep material would be online videos on YouTube and textbooks. I think more straightforward without tutor costs. They don’t add much anyway.

Legal tech isn’t going to suddenly appear one day and put half of Linklaters/CC/Slaughters/DLA/WHOEVERELSE LLP trainees/paralegals out of work.

The managing partner of Norton Rose Fulbright (South Africa) gave a talk a few years ago and said his firm would probably end up hiring fewer law graduates – this makes sense compared with retrenching the folks who already work at a firm.

If anything, legal tech will shrink the number of TCs available making TC hunting even more competitive – which isn’t a bad thing for firms, but gut wrenching for the law grad who has yet to secure one.

Well there’s no longer any point doing a law degree! Just do an easy degree at a Russell group university and hey presto get career changing 10000 loan for GDL whilst Non Russell uni law students leave with 50000 plus in undergrad fees in the competitive legal market

I thought the market currently still lacks junior lawyers due to downsizing couple years ago?

If he went and spent 6 months at a firm and realised how ineffient most law firms are he would then promote AI even further. What he fails to realise is that firms already know this but the upfront cost of investing in the AI technology is so high they will plod on regardless.

AI will only get far reaching once quality software is released which involves a modest to reasonable cost (e.g. per license or certain types of work). At the moment only the big fishes can invest in the AI so we will have a multi speed system.

Giant Panda is no longer an endangered species

Assuming the prof is accurate in his assessment of what junior corporate lawyers do… perhaps a more pressing question is why some of the brightest graduates in the country are spending 10+ hours a day doing mostly menial, repetitive work that a robot could do. Aside from the obvious massive pay cheque, I can’t help feeling that they’d have a more fulfilling and rewarding career doing something (anything) else.

Why is this profession full to the brim with cunts

Dude on some bus off to Clapham

They can smell money

Some random beta at some polytechnic in Australia said something about law. Next story?