He live-tweeted the amusing encounter 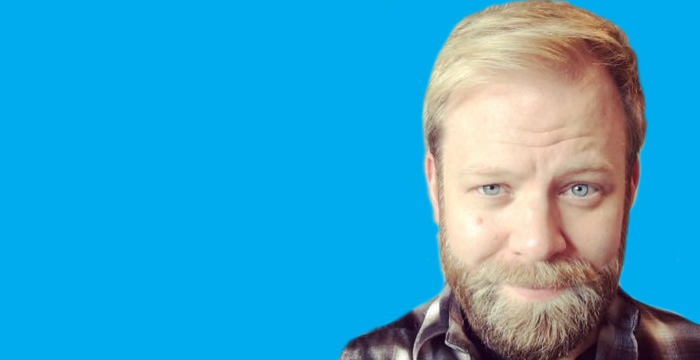 A property professor was offered some legal pointers by a solicitor after pretending to be a student who was struggling to get to grips with land law.

Taking to Twitter this morning, Martin George, an associate professor of property law at the University of Leicester, explained how he had found himself sat next to a solicitor on a Manchester-bound train. Clocking George’s textbooks, the unnamed male lawyer inquired as to whether the land law guru was a student. Seizing the opportunity for a bit of mischief, the Leicester Law School lecturer responded, “yes”, before informing his followers: “This is going to be fun.”

Kicking off the convo, the unsuspecting solicitor claimed that “Land and Trusts are the hardest” and that George, who is also an academic fellow at Inner Temple, would be “doing pretty well” to secure a 2:2 in either module.

Apparently ‘Land and Trusts are the hardest’, and ‘if I get a 2.2 in those I’ll be doing pretty well.’

I’ve asked him to explain the essence of proprietary estoppel, as I just don’t get it…

Keeping the chat flowing, George then asked the solicitor if he could explain the concept of proprietary estoppel, as he was struggling to get to grips with it.

‘You are STOPPED from doing something. You know, kind of eeee-stopped. Have you heard of an injunction? Yes, proprietary estoppel is like that. It stops you doing things. To your house.’

Steering the conversation away from black letter law, the solicitor claimed a successful career as a solicitor is all about “networking”, “the cut and thrust of a deal”, and keeping “your big clients happy”.

He’s smoothly changed topics. Now: ‘studying law doesn’t actually matter so much if you want to be a successful solicitor, it’s about the networking. The cut and thrust of a deal. Keep your big clients happy. I bet that sounds good, eh?’

Having spotted George’s notes on commonhold and leasehold, the conversation returned to land law.

We’re back to Law, as he’s seen my notes on commonhold and leasehold. ‘This is for an essay? Yes, I know commonholds. I’ve done loads of them. Let me tell you something…’

(Note: there are fewer than 20 commonholds in the country.)

Me: ‘right so can I estoppel a commonhold? You know, stop it from becoming common?

Him: ‘definitely yes, I’ve seen that happen. Gets really messy.’

At one point, George even refers to a land law textbook he co-authored — a move which prompts the solicitor to explain how “learned texts” don’t really explain the “REAL law”.

Me: actually I have my Land Law textbook with me – @modernlandlaw, written by Thompson & George! Let’s just see what it says about estoppel…

Him: these “learned texts” (scare quote hands) don’t really know the REAL law, you know. You just can’t learn it in a book.

Keen to disclose his true identity, George then points out that his name appears on the front of the textbook they’ve just been referring to.

Me: ‘if you want my name, I’m sorry I don’t have a business card, but it’s written on this book: @modernlandlaw’

Him: ‘you have the same name? That’s weird!’

It’s not clear whether at this point the penny finally dropped.

For those wondering: his reaction was to laugh! A LOT (and loudly). In fact we laughed all the way into the station, and warmly shook hands as we parted.