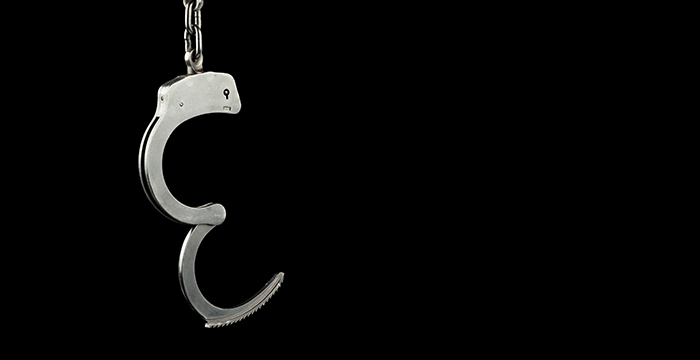 New rules governing bail introduced in 2017 have led to many suspects being left in limbo for long periods of time, unsure of their status. Even more unintended is that the new rules have resulted in fewer individuals being charged: courts having fewer cases to deal with and fewer defendants are convicted (or acquitted).

If you had been arrested before April 2017, you would have been bailed from the police station to return and you would probably have been given what was called a ‘Bail to Return Date’. This meant that the police had to regularly monitor suspects and would more regularly charge suspects with the offence for which they had originally been arrested.

However, as a result of the Policing and Crime Act 2017, a 28-day time limit was placed on the length of time a suspect could be on bail for. This was widely welcomed by the profession at the time as it was hoped that it would lead to a significant reduction in the uncertainty of people waiting to be charged. The police would either have to charge the suspect within 28 days, seek an extension or ‘release under investigation’ or ‘RUI’.

But the 28-day limit is tricky for the police: it is not necessarily simple to charge someone, there may be further investigations that need to be made. There has also been the introduction of postal requisitions, this means that rather than being charged at a police station, suspects are written to with the information of their charge. (This amounts to the ‘laying of an information’ and so they are duly expected to attend court.)

There are now fairly few examples of people being on bail for 28 days and subsequently charged. The police do not want to waste time and resources seeking extensions to bail periods — they simply don’t tend to bail suspects anymore.

What the police now do is release suspects under investigation and the cases are periodically reviewed. But this can go on for a long time; suspects lose contact with their solicitors, they move to a new house or, worse, they become homeless. This in turn means a substantial percentage of people don’t receive their requisitions and so don’t attend, police then have to get warrants issued for their attendance to be secured, leaving the police with even fewer resources.

As a result of the introduction of RUIs, there are serious injustices taking place. Here’s one example. I recently dealt with a case where a 17-year-old had been arrested, interviewed and released under investigation. That took place in May 2017 and was for Class A drug offences. In March 2018 he pleaded guilty to an identical offence and received a substantial custodial sentence. He remained under investigation for the first offence.

It wasn’t until January 2019 that he actually received a postal requisition to attend the magistrates court. He had no defence and so had to plead guilty. He had by then turned 18 so couldn’t receive a youth sentence, he had also served another sentence for the same offence. Under the concept of ‘totality in sentencing’, had his two offences been dealt with at the same time he could have potentially received a lesser sentence. The use of RUI precluded that possibility.

Responses to a recent survey of firms conducted by the London Criminal Courts Solicitors’ Association indicate that more than half of firms represent clients/suspects who have been waiting for between 18 months and two years under RUIs. That is a real indication of the problems caused by the police’s ability to release under investigation and an unforeseen consequence of the bail time limit.

Released under investigation has become the new unconditional bail, but without the important police contact. Suspects are left in limbo; victims are left unsure of what to expect and the system grinds to a halt. The introduction of RUI is one of the driving forces behind the reduction in courts sitting, there are simply less people being charged with offences. In the 12 months to March 2018, 443,000 crimes resulted in a charge or summons out of 4.6 million offences, that is the lowest detection rate since 2015.

Though the figures do not cover the last 12 months, they make interesting reading (Metropolitan Police figures). They clearly show that since the introduction of the time limit, there has been a substantial reduction in the number of suspects who are bailed to the police station and a substantial increase in those released under investigation.

One could consider the figures from 2017 to be an anomaly, simply because RUIs were used for those cases which would expect further investigations to take place (and so outside of the normal bail periods). However, it does show that the 2017 Act had the effect it intended, namely reducing the average period of time on bail. The figures below demonstrate an increase from February 2018 to April 2018 in the length of time suspects are spending released under investigation: much, much longer. The statistics tell the story that those within the profession are well aware of.

As of 31 July 2018, there were a total of 37,888 people who were released under investigation at the time. These suspects had been, on average, under investigation for a total of 225 days. No wonder the courts are so quiet; it’s not an accurate reflection of a reduction in crime as the politicians would have us believe.

So what’s the solution? The short answer is that there isn’t one. I wish there were. Our criminal justice system is devoid of funding in all areas, be it the police, the courts, the Crown Prosecution Service (CPS) or defence solicitors. Unless something is done to increase the efficiency of investigations and charging decisions, the situation will continue to get worse and even fewer cases will be brought before the courts.

Rhys Rosser is a junior tenant at 2 Bedford Row practising in criminal and regulatory law.

Sign up to the Legal Cheek Newsletter
Barristers Courts solicitos