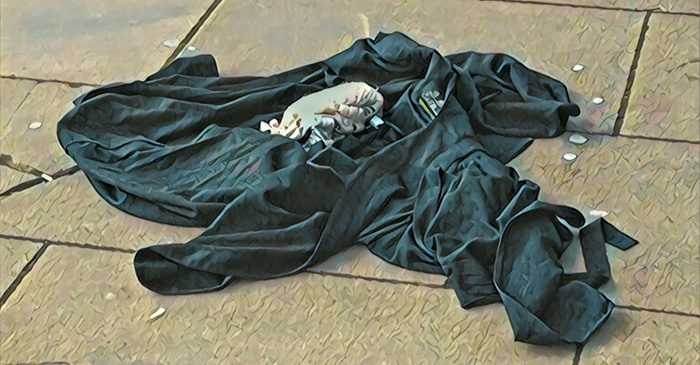 It is a truth nationally acknowledged, that the young aspiring criminal law barrister dreams and drools of the day he or she is called to the bar and declared utter barrister. It is a further truth that although the civil and family courts proudly boast of their march up onto the hill of modernism by emancipating themselves from the shackles that were the wig and gown, it is still common to all barristers that they once wore the wig and gown upon being called to the bar.

The wig and gown are collectively the official stamp of that special legal responsibility that distinguishes the individual as a barrister, regardless of practice area. Regrettably, as the teeth of modernity, financial constriction and cut-throat reform bite ever deeper into the bar, the wigs and gowns may soon be but a cherished memory at the English criminal bar, one of few survivors that have just about held onto the tradition. One merely needs to observe the dwindling occasions where a crown court is formally opened by the usher or clerk to see how much the root of tradition and history has already been snipped by the scissors of change.

Deep within the stone cold forsaken halls of a dusty crown court, barristers flock to the robing room, engaged in legal chatter, armouring their bodies with a jet — black gown stitched with the common thread of commitment to the law, topped off with a horsehair wig with rolled curls donned upon the head — a symbol of anonymity and solemnity, that ultimately delivers some measure of disguise from defendants and witnesses, as well as serving as something of a leveller between those of different ages, perceived experience and contrasting sartorial tastes and budgets.

Some questions must be asked: Can a reverend be a reverend without a collar? Can a king or queen be a king or queen without his or her crown? What use is an inkless pen to the scholar? Such people of society hold chief roles, and their roles are reinforced through the authority their external uniform commands and bequeaths upon them. Without that external attire, they are just ordinary members of society with no physical means of differentiation. The perennial moot point then is why the wigs and gowns are considered “out of touch”, by some at the English criminal bar where they are still worn.

To throw in some appreciation, some exposition is warranted. By hopping into the time machine of history, we learn that the origins of the gowns of the English bar can, roughly speaking, be dated to the reign of King Edward III. Wigs were fashionable in France during the reign of Louis XIII and King Charles I later made wigs mandatory in polite society while King Charles II, emerged as the key figure of legal costume in England. Under the reign of King George IV the wigs and gowns saw piecemeal reform.

Through this historical development, the judiciary and barristers have frequently been able to demarcate and attach to themselves a sense of solemnity and honour on the one hand, and upholders and administrators of the law on the other hand. When one looks at a judge on the bench in a crown court, wearing a wig and robe, alongside the barristers also in wigs and black gowns, the dress represents an inheritance within which is enshrined the preservation of a civilised society throughout centuries, as well as a common, unchanging commitment to achieving justice and a fair trial. Of course, the increasing presence of solicitor advocates has seen brought into the mix those who wear wigs and robes too.

The significance of these historical emblems bestows upon barristers and judges of the English criminal bar and bench more than just tradition, but also as stated, an element of respect, impartiality and anonymity. The wigs and gowns further add an element of seriousness to the criminal hearing, reminding the accused of the respect and decorum that needs to be displayed in a criminal court of law in England. All the points identified are still very much warranted in an age of modernism and political correctness, perhaps even more so in a time when many, including those who are defendants, are not used to appearing in formal situations, and when arguably a willingness to show feelings of antipathy and contempt in everyday situations can lead to adverse assessments by a jury.

As Thomas Woodcock rightly observes in his 2003 book, Legal Habits: A Brief Sartorial History of Wig, Robe and Gown, “the wigs, robes and gowns worn by judges and barristers are a symbol of the continuity of the world’s principal legal system. While the wearing of wigs lends to the administration of justice an impersonal decorum, the gowns and robes emphasise the formal gravity and dignity of justice — as important today as in medieval times.”

The wigs and robes are consequently no mere artefacts of an anachronistic age, rather they are the articles of independence and justice that have survived hundreds of years of change and development. A vote in 2007 encapsulated the positive sentiments expressed towards keeping the traditional wig and gown under former Lord Chief Justice Lord Phillips. One has to just pay a visit to the Royal Courts of Justice to understand the deep history of the dress. Therefore, even if wigs and gowns are outdated, as items of clothing and headdress, does that translate as to their having no practical value? I would argue they continue to serve a valid and unique purpose.

Proponents contesting the use of wigs and gowns have advanced the argument that those who come before the criminal court should not feel “intimidated”, thereby implying that the wigs and gowns ought to be done away with. This would not just defeat the aim of ensuring an understanding of obedience and respect for the law, especially in a criminal proceeding, but if such a road was to be followed, then the criminal court would be deprived of its atmosphere of law and order. A fair trial is the core objective in a criminal court, not making the accused feel less intimidated. Feeling intimidated may well be a naturally triggered sentiment that cannot be suppressed when awaiting trial. Our civilised society, the English criminal bar effectively balances the respect for the court on the one hand, and impartiality and independence on the other. Would the intimidation of defendants and witnesses not better be met by appropriate changes to ensure greater fairness under equality of arms, entitlements to legal aid, and expert opinions, rather than removing formal clothing?

There are also those who advance the argument that court dress is “outdated”. Such remarks are narrow, showing nothing more than ignorance and depreciation of the rich legal history that has shaped a plethora of other global societies. One merely needs to glance at the trendy, ordinary suit-wearing dominated judiciary and lawyers of the world in comparison to the spectacular dress prevalent in the English criminal bar. It is wonderful that we have not succumbed to trends in that respect. The fact that we have kept our court dress demonstrates our undying loyalty to our law and jurisprudence that has inspired and shaped many other jurisdictions. We should be proud that our judiciary and barristers have a distinctive uniform that has been preserved throughout the centuries.

If the temperature gets too warm in court, it is very simple to remove the wigs and robes. Otherwise they are quite beneficial during winter. Ultimately, wigs and gowns remain a cherished uniform and are not archaic relics of an anachronistic era. They represent judicial evolution, independence, a rich history, precedent and the Rule of Law.

As Lord Denning wrote, “we still wear our robes and our wigs. On state occasions our gold robes and full-bottomed wigs. In court our black gowns and small wigs. Some say all this is out of date. Maybe it is. But it gives dignity to the occasions. It conceals the personality and the bald heads. It portrays the judge as the impartial administrator of the law. It is a mark of his authority and source of respect. So, it is good to keep it.”

The views expressed in this article are those of the author and do not represent the views of the courts or Her Majesty’s Courts & Tribunals Service (HMCTS).

Jag Landa completed an undergraduate degree in law and masters in law at Queen Mary, University of London. He is currently working as a court usher and is an aspiring barrister. He enjoys writing and reading in his spare time.