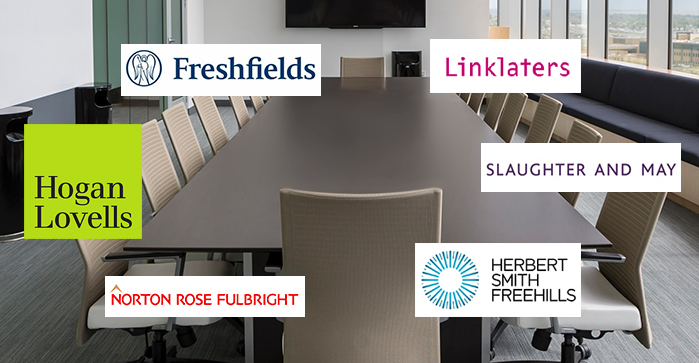 A “consortium” of prominent City law firms is working together to jointly appoint a legal education provider to help prepare its future trainees to undertake the new Solicitors Qualifying Examination (SQE).

The influential City group — originally made up of Freshfields, Herbert Smith Freehills, Hogan Lovells, Norton Rose Fulbright and Slaughter and May — first came together over 18 years ago to work on the provision of legal education for its future trainees, specifically the Graduate Diploma in Law (GDL) and Legal Practice Course (LPC).

Legal Cheek can now reveal that the group, which recently welcomed Linklaters as its latest member, has now turned its focus to the SQE — the new regulator-backed assessment that will replace both the GDL and LPC when it comes into force in September 2021.

A spokesperson on behalf of the City consortium firms told Legal Cheek: “Following the SRA’s decision to introduce a common assessment from autumn 2021, the Solicitors Qualifying Examination (SQE), the firms have decided in principle to continue working together in the same way. This will include preparation for the SQE and additional content appropriate to City law firms.”

“The firms are working together to jointly appoint a legal education provider to provide training in preparation for the SQE and any additional content appropriate to all of the firms. The objective is to ensure training delivery of the highest calibre for graduates who will be qualifying as solicitors in England and Wales under the SQE regime.”

While it remains to be seen which provider will get the greenlight, the SRA has published a list of organisations who it says will deliver SQE education/study materials or plan to in the future. The list includes a number of big players in the legal education market including BPP University Law School, The University of Law and BARBRI, as well as a number of lesser-known organisations such as the City Career Series and Excel Legal Education Limited.

It was even reported last year that a number of City law firms could offer their own SQE prep courses to ensure their rookies are suitably prepared for the rigours of corporate law. The eye-catching proposal was among a number of questions put to City law firms as part of a practical guide to the SQE produced by The City of London Law Society.