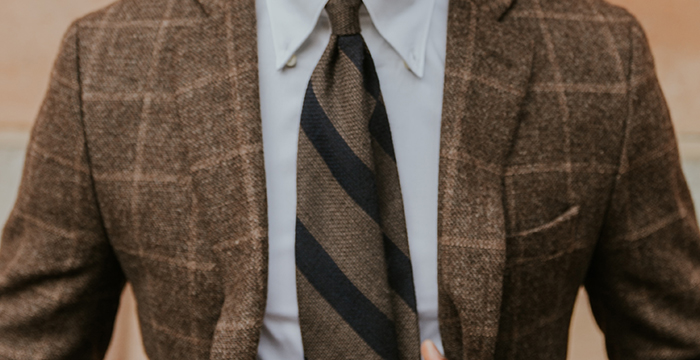 No brown shoes, don’t shake hands and never turn your back on the judge — you may know all there is to know about the law, but being a barrister also comes with plenty of less than obvious rules of etiquette.

Following a lively Twitter debate about the dos and don’ts of life at the bar, family lawyer Lucy Reed has helpfully compiled the “unspoken rules” on her Pink Tape blog.

Reed says that while most of these “idiosyncratic mannerisms of the bar” are outdated, a few are worth newbies paying attention to.

Many of the unspoken rules focus on dress and deportment. Brown shoes are a big no-no, Reed reckons — as are brown suits. Shirts should be white, not coloured.

Whatever the hue, those wearing suits should “DEFINITELY never take your jacket off in court unless specifically invited to by the judge”. Bands and robes shouldn’t be worn outside court.

Whether to sit or stand while addressing the judge is, Reed says, “pretty straightforward”: stay seated if in front of a magistrate or district judge, but “stand for anything else”. Overall, though, “as long as you stand when the judge comes in and when the judge stands up you’ll be fine”.

It’s also not done to turn your back on the judge when leaving the court. Barristers are expected to “exit with a bow and backward” instead.

Reed’s post was prompted by a tweet from fellow family barrister Rhys Taylor of 30 Park Place and The 36 Group.

During my pupillage (1996) I was taught:
1. Do not eat when walking back to chambers.
2. Don’t take your jacket off in front of solicitors, even when in the pub.
3. Never drink beer from the bottle.
4. Counsel do not take their bags into court.
To what extent have we moved on?

Taylor’s tips sparked fierce debate, with lawyers agreeing that they are by and large outdated. Barristers traditionally don’t shake hands with one another either, but it’s unlikely that you’ll be pulled up on that today. Nor is it likely that a judge will take umbrage at the exact shade of your suit.

There was a time where you might turn up at court on a case worth millions that had taken years to come to trial and the judge might decide your suit wasn’t dark enough and would say they couldn’t hear you. #IDontMissThoseDays

It was all much stuffier back in the day, though. The prize for most outlandish rule of etiquette goes to the criminal lawyer who was not supposed to look their head of chambers in the eye — probably not something to worry about in even the fustiest set today.

I was told, as a pupil, in 1992 not to look at my head of chambers and to turn to face the wall if I saw him approaching. #timeshavechanged

While most of the supposed rules are no longer essential, it’s worth being aware of which ones might trigger a particularly fussy senior practitioner. Reed’s advice to pupils is to “follow them if you can — whilst still junior at any rate — later on you can make a judgment call about which ones really matter”.

As for solicitors, Jon Armstrong pointed out that there’s only really one rule: never wear brown shoes.

You barristers live in a world of Dickensian formality compared with us solicitors. All I remember being taught was never wear brown shoes. Do you still refuse to shake hands?

Don’t turn your back on a Judge, unless you say”Would your honour excuse my back”

“Stay seated if in front of a magistrate or district judge, but “stand for anything else”.

Wow. Such pointless and snobbish ‘rules’.

Is it really a wonder why so many barristers are stressed and unhappy?

How do any of these rules cause stress?

You might get yelled at for wearing a coloured shirt instead of a white one? It’s treating adults as if they were 5 year olds.

Set up a business and wear whatever you like to work.

50 years back it was wholly improper to call another Barrister Mr. outside court. I vaguely recall some toffee nosed shit calling a lady Barrister Smith or Jones. Appealing rudeness. Does that still go on ?

I don’t know about brown shoes, but brown nosing is practically a prerequisite at the magic circle.

I usually ask my trainees to get their tongue brown, rather than their nose, if you know what I mean.

In the Bar for 10 years and I shake hands, look at people in the eye when I speak to them, take off my jacket when I’m hot (not in court but in Bar offices, etc,) and ran through a SC in my first year who lectured me in front of senior colleagues on my appearance and told me I looked “too American” for wearing a coloured tie at the Bar (it was yellow!). I learned very quickly that I’d rather have a decent sole practice standing on my own two feet then a cushy psychofantic chambers,
nominated state work or Bar role on my knees.

Love “psychofantic” as a word – please tell me this was deliberate?

“Bar offices”? You mean chambers? You blew your cover there. Go back to your law books your fresher

Why? What does telling tall stories actually do for you? Tosser.

As a barrister, I can confirm this is all bollocks.

Some of the young female lawyers at my firm are dressed like they belong in a night club. Not that I’m complaining!

Where are the photos?

I feel rather old-fashioned, but the long hair hanging everywhere irritates me, tie it up, it’s not the beach.

Are we still not allowed to call each other cnuts?

In contrast to the echo chamber, I think that the no shaking hands rule is a good one. Clients don’t like you looking pally with the opposition and we are professional colleagues after all. I never refuse a handshake however.

I agree that appearing to be too friendly with the opposition is not a good look.
I once had a client go absolutely mental when he heard me call the prosecutor a “learned friend”.

Brown shoes are OK for casual dress between May and September. But the belt and watch strap better match.

People who wear brown shoes with a blue suit during the week are the same types who wear running trainers and jeans at weekends.

Barristers on twitter going “look at me I’m a barrister it’s my whole identity and I love it so much and everyone is interested in it look at how quirky it all is” is FUCKING PATHETIC.

What attracted you to the Commercial barrister?

Agreed, but what do you expect? Half of you have, in the torturous process of obtaining pupillage and building a practice, with all the frustrations along the way, smashed your souls into a million pieces for the privilege of practising. You end up clinging to that which has consumed you. Most barristers I have met eat, sleep, and breathe the Bar, and have little else going on. Having said that, the cleverer-clogs on the chancery/commercial side do appear to have more of a life away from their practices. Although what they do in their spare time sounds like a fucking bore anyway.

100% right. Legal Twitter seems like an echo chamber/hug box for the lonely and desperate, whilst everyone else sees the ‘Emperor’s Cringey New Clothes’ and is thankful they don’t have to return home to these people.

They really are very odd. I know of someone at the commercial bar who flew to New York ten times a year in order to ‘achieve’ BA Gold frequent flyer status.

No practice in the US. This was all to desperately impress his Head of Chambers, who was also a BA Gold.

I Do Not Believe You, Are You Boris In Disguise?

You’re the chap at the commercial Bar he/she is talking about, aren’t you? Cheeky bugger.

I’m a barrister. I love movies, theatre, gardening, volunteer at a local nursing home and volunteer to judge uni and secondary school mock trial competitions, belong to the Vintage Sports car club (1925 Austin 12/40, which is a sedan rather tha a sports car) have a husband and 2 teenagers. I maybe boring but I really enjoy my life. Sounds like English barristers are a bit different to here.

Oh dear, showing us up on an international forum, like to – different from, please!

If you’re up against a LiP, mutter about ‘not having to indulge them’ and them ‘having a fool for a client’. Bump up costs by taking much longer to do anything than you normally would and blaming any delay on the LiP. When you face the inevitable appeal on Human Rights grounds for your actions, hope that Lord Sumption is deciding it.

Surprised no one has picked you up on the reference to the only woman being a lawyer, whereas all the males are referred to as barristers. You’re flagrant disregard to women appalls and shocks me.

Your problem is you lack basic comprehension skills. The sentence in question referred to “life at the bar” clearly indicating she was a barrister, and then referred to “family lawyer” referring to her area of practice, namely family law.

I am not a barrister, yet I can make a contribution to a debate on “life at the bar”, so I do not think that is clear indication of what she is. The point was that all the men were referred to as barristers, specifically, other than her – a clear denigration of her status.

When one is to assume, they make an ass out u and me.

Well the discussion did prove one of us to be an “ass”, and on that we can agree. That you cannot understand relatively simple sentence constructions does indicate that other professions may be better suited to your talents. I understand Burger King are hiring.

The sub-heading of the article, just above the photo, clearly describes her as a “Blogging barrister”. Or does that reference not count because it is not part of the article proper?

Blue suits should be worn with black shoes or if the need to feel flamboyant then ox blood never brown.

A senior junior (one of the new breed of “wellbeing experts”) once told me that I said “thank you” too much.

I do hope you punched our learned friend in the face..

And then said “thank you”..

During my pupillage at a Northern super-set, pupils had to make the coffee at lunchtime and were expected to remain silent during the lunchtime conversation unless specifically spoken to by another member of Chambers.

A hand shake historically showed the other shaker that neither was carrying a weapon, to allow trust. Barristers do not shake hands, as in theory at least, we do not have to prove we trust each other. A tradition I rather like.

Oh and never call the Judge a c..t while the tape is still running, even if they have left the room. Ask the usher to turn it off first.