A high profile QC is accused of thinking so, but many lawyers disagree 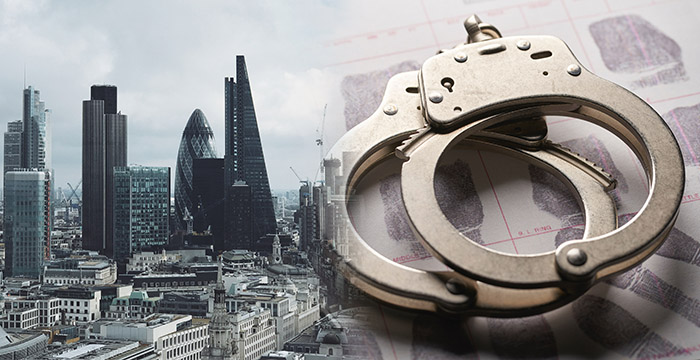 A row broke out this week after a high profile tax QC suggested that other legal practice areas were “less prestigious” than commercial areas of law?

Women are so often pushed into less prestigious or well paid areas of legal practice. So it's really good to see the @chancery_bar making an effort to attract female students. If you're a law student, do go along. https://t.co/Hl1gWuaIk0

I chose to work in crime. I’m in love with my job. To me, it is the most prestigious area, although I accept that is subjective. Having the trust of people experiencing the most stressful time of their life is a great honour, with that comes great responsibility. It is rewarding.

You have got this badly wrong Jo. Although no doubt well intentioned you have managed to upset the vast majority. Rather than dig in I would think better if you if took an objective look and reflected.

"Less prestigious"… Have a word with yourself.

But others backed the barrister, who is well known for combining his tax work with a pro bono practice that has supported various legal challenges seeking to block Brexit.

It is fair to say though that there have been quite sizeable studies about which specialisms are high status and which not. And in broad terms thosd areas generally seen as high status are commercial rather than personal plight lawyering

Maugham, who practises from Devereux Chambers, has since issued a statement, via Twitter, adding to his earlier tweet, that we have reproduced below:

“Let me respond to the criticisms made of me, in no particular order.First, the word that seems to have caused offence in my tweet is “prestige” which is not a synonym of “value”. I am surprised that lawyers skilled in language are missing that basic point.

I chose the former – and make no apology for it – but the way I live my life and the fact I have given up about 75% of my paid practice will reveal very clearly my own views about whether earnings are to equated with value. To avoid any doubt, I also said explicitly a number of times yesterday that I did not equate prestige with value.

Third, I was asked by a woman to tweet as I did, in support of an event promoting gender equality. Indeed, I am often asked by women (and men) to amplify the work they are doing to promote gender equality goals that we share. I do a lot of work in the area – for example I sat on the Bar’s recruitment and retention sub-committee for about six years – and no doubt that is why those working in the field ask me to amplify their work. The woman who asked me to send the tweet is happy with it and she is pleased that it reached so many young women.

Fourth, there is a lot of evidence, a lot, that women barristers are pushed, against their will, into areas of work that are perceived to be of low value, and are certainly underpaid, including in particular of family law. The last figures I saw for the Bar as a whole showed that average male earnings were double those for women. That is a real problem to be addressed and I rather wish the Bar was as animated on social media about that, and other examples of sexism at the Bar, as they are about the perceived slight to their particular areas of practice. But then, like most professions, we are not always adept at seeing ourselves as others see us.

Fifth, I have a sense that what is at stake for some respondents is a sense at the publicly funded Bar that their work has been neglected by successive Governments. They are right to think that but my tweets are not the right target for their unhappiness. I do not make those choices and few could believe me to be a fan of this Government. I have been able to speak directly to a number of Lord Chancellors and I have spoken to them privately about some policy issues. But I fear funding of legal aid is not a matter even for them.

If the Bar as a profession wants to be heard on public policy issues then more of us will need to engage with the concerns of the outside world, bringing to bear our collective expertise, critically, for the common good. Many of us already do – but too few. Relevantly we will also want to work to secure that the privileges of life at the Bar are enjoyed by all without regard to externalities like race or gender or class. Such action would enhance the stature of the Bar and address the perception amongst a number of influential voices in politics, sadly often justified, that parts of our profession are often self-interested and insular.”