Profession’s foremost technology expert offers up his digital vision of the future, in exclusive article for Legal Cheek 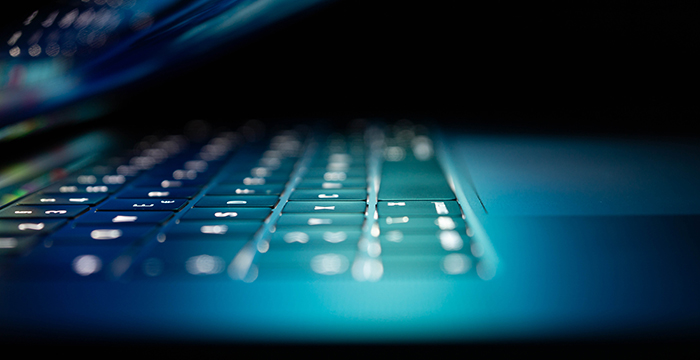 If you plan to be a litigator, you should know that most disputes in the future will be resolved in online courts rather than in physical hearings.

Other than in high value and complex cases, oral advocacy will diminish in significance as the years go by. This is what I argue in my latest book, Online Courts and the Future of Justice (just published by Oxford University Press).

To lawyers who have followed developments in Canada, the USA, Australia, China, and Singapore, this projected future should come as no surprise. But it is time now for law schools and professional training providers to factor online dispute resolution into all courses relating to litigation and arbitration. It is also time for aspiring lawyers to think about becoming involved in the development of online courts or preparing themselves for conducting litigation on an online basis.

What will drive this move to online courts? The basic case for change is that court systems around the world are pretty much broken. According to the Organisation for Economic Co-operation and Development (OECD), more than 4 billion people live beyond the protection of the law and courts. In some countries, the backlogs in the courts are astonishing — 100 million cases in Brazil and 30 million in Indian.

Even in countries that claim to have the most advanced legal systems, it costs too much and takes too long to pursue civil cases, and the process is intelligible only to lawyers. This, in a nutshell, is the access to justice problem. Hardly anyone can afford to pursue legal action in public court systems. Significantly, the conventional court system is increasingly unaffordable for major businesses too.

Which law fims are best for tech? The Legal Cheek Firms Most List has all the rankings

My solution to this inaccessibility is that we should introduce online courts, in the UK and worldwide. There are two different dimensions to the idea. The first I call ‘online judging’. This involves the determination of cases by regular judges but the parties do not gather together and set out their stalls in a bricks-and-mortar courtroom. Instead, evidence and arguments are presented to judges via some kind of online service and the judges then deliver their decisions not in open court or in any kind of virtual hearing room but again across an online platform.

Court proceedings using an online court are not therefore conducted in a hearing by video link, or by telephone conference call, or by real-time chat. There is no hearing. Instead, like an ongoing exchange of emails and attachments, cases are progressed and disposed of without oral argument. Of course, this approach is not suitable for all cases, but it does make sense for many low value civil disputes (although, interestingly, similar techniques are already used in high value commercial arbitrations).

In the language of technologists, the communication in physical courtrooms and virtual hearings is synchronous whereas online judging involves asynchronous forms of interaction. This means that, for the former, the participants need to be available at the same time for a case to progress. In contrast, with the latter, as with email and text messages, those who are involved do not need to be on tap simultaneously — arguments, evidence, and decisions can be sent without sender and recipient being physically or virtually together at the same time.

This shift from a synchronous to an asynchronous court set-up is not a mere exercise in process improvement. It involves and requires radical change. Even in the first generation of online courts, when human judges (and not AI-based systems) are deciding cases, online judging takes away much that many people hold dear — the public hearing, the day in court, the direct interaction with other human beings. On the other hand, experience from operational systems shows that it can make court service much more accessible and affordable, and will chime with those who spend much of their working lives online.

The second sense of online court is more general. I refer to it as the ‘extended court’. The idea here is that technology allows us to provide a service with much wider remit than the traditional court. The additional services include tools to help users to understand their rights, duties, and the options open to them, facilities that assist self-represented litigants to marshal their evidence and formulate their arguments, and systems that advise on or bring about non-judicial settlement, not as an alternative to the public court service but as part of it.

Looking much further ahead, we can also imagine a second generation of online courts in which AI will play a role, in providing focused legal advice to court users, in offering facilities to enable parties to resolve disputes without human intervention and even, I argue, in making binding determinations. This last development is some years away and may seem outlandish if not seditious. But if we are to stand any chance of clearing the backlogs around the world and are serious about access to justice, we will need to look beyond human beings assembling in hearing rooms.

Court is a service not a place.

Professor Richard Susskind OBE is the author of ten books about the future. His latest, Online Courts and the Future of Justice, is now available. He wrote his doctorate on AI and law at Oxford in the mid-80s.