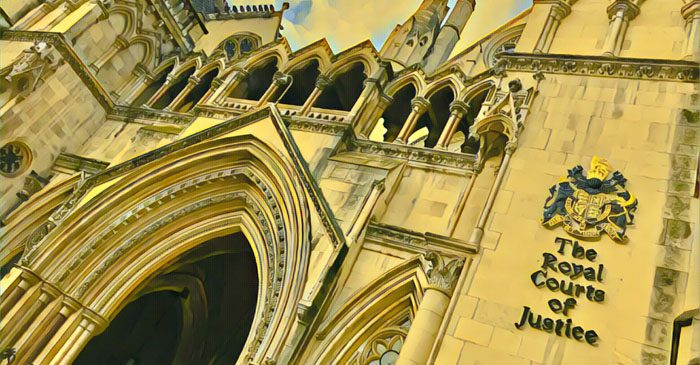 A High Court family judge has published a devastating attack on one of her colleagues, saying that experienced Family Court judge Robin Tolson has a “flawed” understanding of when sex becomes rape.

Ms Justice Russell slammed Tolson, the top judge at the Central Family Court in London, for suggesting in a written determination that refusing consent to sex involves physical resistance.

Tolson had ruled against a woman who said that she had been raped by her ex-partner, in part because “the mother did nothing physically to stop the father”.

Overturning the earlier judgment, Russell called for training to be rolled out to judges dealing with rape and sexual assault allegations in the Family Court.

The case was about making living arrangements for the young children of a unnamed couple. The mother alleged that she was the victim of domestic abuse by the father, including serious sexual assault.

A hearing took place before Tolson in August 2019. It seems to have been a shambles from the outset: Russell found that “the judge took the inexplicable step, contrary to the expressed view and request of the [mother], and contrary to the rules of procedure, of ordering that [she] give evidence from counsel’s row as ‘better’ than using the witness box and screens”.

Tolson also allowed the father, who had no lawyer, to receive prompts during cross-examination. Russell found that these “serious procedural irregularities” were enough in themselves to allow the appeal.

But she reserved her greatest ire for Tolson’s handling of the rape allegations. He wrote of one incident:

“During intercourse she told him to stop, but he did not, and carried on at least for “a couple of minutes”, which is a description given, I think, to the police. It is part of the mother’s case that she took no physical step to encourage the father to desist.”

The judge’s analysis of this was:

“My concern about this occasion centres on the idea that the mother did nothing physically to stop the father. In particular, given the position in which intercourse was occurring, because the mother was not in any sense pinned down on this occasion, but could easily, physically, have made life harder for the father. She did not do so.”

A horrified Russell found that this take was “flawed”, saying: “This is a senior judge, a Designated Family Judge, a leadership judge in the Family Court, expressing a view that, in his judgment, it is not only permissible but also acceptable for penetration to continue after the complainant has said no (by asking the perpetrator to stop) but also that a complainant must and should physically resist penetration, in order to establish a lack of consent. This would place the responsibility for establishing consent or lack thereof firmly and solely with the complainant or potential victim.”

Russell pointed out that there is no legal rule that lack of consent must be shown by physical resistance. Her judgment says that “this approach is wrong, family judges should not approach the issue of consent in respect of serious sexual assault in a manner so wholly at odds with that taken in the criminal jurisdiction”.

“The logical conclusion of this judge’s approach”, Russell raged, “is that it is both lawful and acceptable for a man to have sex with his partner regardless of their enjoyment or willingness to participate”.

She added that calling Tolson’s views “out-dated”, as the mother had complained, was too kind to him.

The former 1GC Family Law silk, who was the first female judge to have “Ms” rather than “Mrs” in her formal title, called for mandatory consent training for family judges. The President of the Family Division, Sir Andrew McFarlane, has taken it up with the Judicial College.

It’s a tough job: in 2017, an aggrieved divorce litigant was reportedly sentenced to 20 weeks in prison for assaulting Tolson outside court.

He previously hit the headlines for refusing 66-year-old Tini Owens a divorce in a case that eventually went up to the Supreme Court.