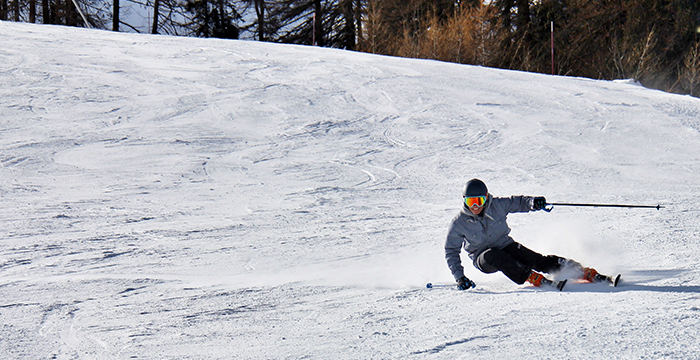 Slaughter and May has ditched firm-subsidised ski trips following an allegation of sexual harassment, it has emerged.

The decision was made last year and forms part of a wider risk review into social events at the firm.

The Telegraph reports that a “mid-level”, male lawyer left the magic circle player last summer after a female colleague complained she had received a string of messages of a “sexual nature”. She is said to have refused to share a hotel room with him after a night of drinking on a firm ski trip.

In the wake of the complaint, the accused lawyer was moved to a different team before eventually leaving the firm last summer. He is now working in a similar role at another City law firm, according to the report.

The move comes on the back Linklaters‘ decision to appoint special sober supervisors to assist with the smooth running of social events where alcohol is being served.

Elsewhere, The Law Society’s Junior Lawyer division has called on firms to offer a range of booze-free event options — paint-balling, hat making and mini-golf, to name but a few — as part new guidance on creating a healthy alcohol culture in the legal profession.

Comments on this article now closed.

The 2020 Legal Cheek Firms Most List
Slaughter and May Solicitors

The ugly blokes who go out of their league ruin the fun for the rest of us.

Clearly an inept individual who’s good at law and nothing else. If you wanted it you should’ve put a ring on it…..Lol

If he’s was targeted because of his looks rather than his actions that doesn’t seem fair on him.

What if she was simply not interested in him? Happens all the time.

Why didnt she block him?

It actually tends to work better than it does with non-colleagues.

I feel so sorry for anyone who marries one.

That’s why they marry each other. Literally everyone around me is married to a lawyer, must have fun discussions of that SPA drafting at home.

That usually happens because lawyers do not have much free time and tend to always be around lawyers… it’s an inevitable thing more than anything!

From the legally coupled amongst us, do you ever talk with your significant other about work-related stuff, even if its confidential?

I personally dont really have qualms about that sort of thing, but then my gf isnt a lawyer so what would she even do with that information. However, I had a roommate whose gf was a lawyer at a competitor firm (they met before joining their respective firms) and I was surprised to find out they actually keep firewalls between each other when it comes to work stuff. Why? Dont you trust your SO enough to put them above your “moral” obligations to your work? Who cares about smelly clients anyway.

Client confidentiality is not a “moral” obligation.

Alright, dont you trust your SO enough to trust they will not use this information against you?

Very unfair to punish everyone because of an issue between two people, especially when they are only allegations.

They did not tell what they will replace skiing with. Could be beach holidays in Ibiza.

Are they replacing them? It doesn’t say so in the article?

Absolutely disgraceful looking for evidence to support allegations like this. Much better just to punish everyone. In fact, why not ban skiing.

Don’t worry, I am getting rid of the snow as we speak.

From the article, it says there were only allegations. It’s far from clear whether they were true.

How out of touch is the law society?? Hat making? Have they met people who don’t drink and spoken about what they do?

I’m sure it was absolutely nothing to do with cost-cutting.