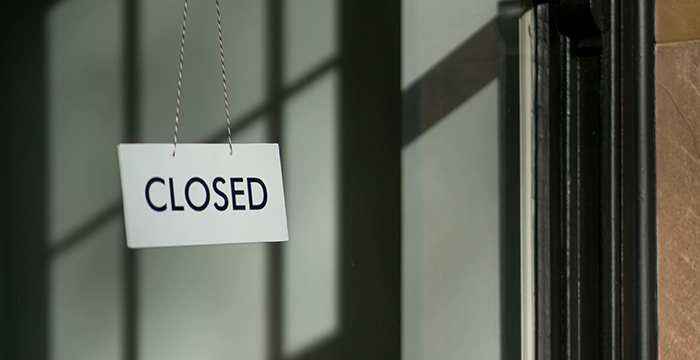 The Solicitors Disciplinary Tribunal (SDT) has praised a rookie solicitor who did “his best to pick up the pieces” after his boss abandoned the firm and allegedly went “travelling to Malaysia”.

The trainee, who was in the middle of his training contract but has not been named, quickly informed the regulator of his predicament and attempted to appease “some very angry and frustrated clients”, according to a disciplinary ruling published this week.

The SDT heard how Nicholas Tsioupras, who was practising as a sole practitioner at Nicholas Angelo Solicitors in North London, fired off an email in August 2018 to his only trainee, explaining he was closing the office and “wouldn’t be around for a while”.

Tsioupras warned the trainee “there are going to be a few angry clients” but stressed he didn’t need to do anything because “the firm acting for the SRA [Solicitors Regulation Authority] will contact these people and deal with these files going forward”. Tsioupras also told the trainee he had informed the SRA the office was closing and had asked it to intervene.

Opting to play it safe, the rookie contacted the regulator two days later to say he had received an email from Tsioupras explaining that he was closing the office and “wouldn’t be around for a while”.

The trainee also went to Tsioupras’ home address, where the solicitor’s brother had told him that he had gone “travelling to Malaysia”. The SRA had no record of Tsioupras informing it of the closure of his office, according to the ruling.

The tribunal also heard how client account bank statements showed that sums totalling £415,221 had been made to the firm’s office bank account and a bank account in an unknown name, which was presumed to be held by Tsioupras or on his behalf.

Nicholas Angelo Solicitors was shut down by the SRA in September 2018.

“The trainee solicitor’s prompt action ensured that the SRA and the Compensation Fund were engaged at an early stage so that the clients’ property transactions were completed”, the SDT said. “But for that action, the harm to the clients and reputational damage to the profession would have been considerably greater.”

“The trainee solicitor had been in the middle of a training contract and had been deliberately left with no support, not knowing what the impact of the respondent’s actions might be for him financially as well as on his career.”

The tribunal found that Tsioupras, who failed to co-operate with or engage with the SRA, had acted dishonestly and with a lack of integrity. He was struck off and ordered to pay costs of £8,400.