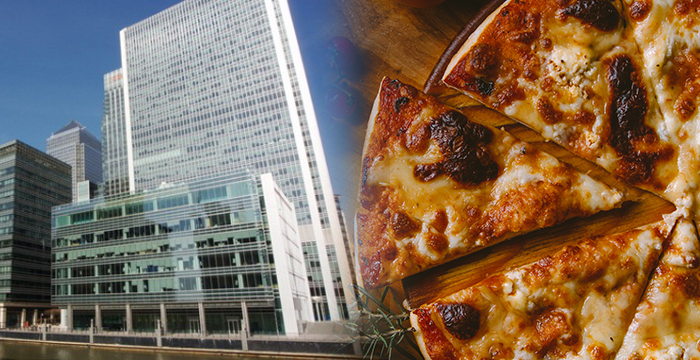 A former Clifford Chance partner has revealed how she gave it all up to set up a pizzeria in Cumbria.

Katrina Allison, who worked at the magic circle giant for 11 years, packed in life in litigation to run a “bike-friendly cafe-restaurant” in the small town of Ulverston in the Lake District.

The solicitor told Channel 5’s Making A New Life In The Country, which aired on Tuesday night, how she made the transition from City megabucks to small business owner.

Allison trained at CMS before moving to Clifford Chance in 1998, according to a LinkedIn profile. She became a partner in the firm’s litigation and dispute resolution department in 2005, but left to cycle around the perimeter of USA (covering over 13,000 miles).

With some short stints as a freelance consultant and interim general counsel to help pay the bills, Allison dabbled in creative writing and moved to Cumbria aged 46, where she first opened a pop-up shop selling clothes with animal designs.

She then met her Italian partner, and the pair decided to go into the pizza business after just six weeks together. Setting up a restaurant from scratch wasn’t always easy — the former solicitor at one point complains that builders don’t have the same ways of working as lawyers — but Allison seems to have no regrets.

She tells viewers: “Life as a lawyer in a City law firm is pretty tough. There’s lots of good things about it but it is hard work. You’re always thinking about it when you’re not working, you’re on your phone or on your Blackberry doing conference calls in the middle of the night and things like that. It started to feel, for me, very claustrophobic.”

“I always thought that if you just do a bit more, just get to senior associate or partner, it’ll all become a little bit easier — but I don’t think it ever did, it just got more and more pressured.”

But she does admit that losing what was a six-figure salary has been a challenge. As a City partner, money wasn’t often on her mind. Now, “it’s a concern. I have to think about it now, I haven’t got an option”.

The full episode is available on the Channel 5 website.

I too found it much easier to date after leaving law.

I can appreciate how much better Allison’s life got when she was finally able to relax, enjoy the Lake District and not have to worry about the pressures of law anymore.

Why did you have to leave law to start dating non lawyers? You do not have to date lawyers if you are a lawyer yourself you know.

To be fair, I think it would be enough just to remove the description of M&A deals that you have recently worked on. These things do not go well on Tinder

I would disagree. The BDE that oozes out of my profile on Tinder, combined with clear statements about how I smash PE deals, and deal with cross-border restructuring on a regular basis, seems to have created some kind of magnetic attraction from all directions.

I don’t even need to swipe right anymore.

She went from one very hard thing to another. Personally I’d rather do 18 hour days at a corporate law firm in London than 18 hour days at a restaurant in a small town in Cumbria. But there are many easier options than these two hellish choices.

I actually think chucking a couple of pizzas in the oven is far easier than dodging turds on your morning swim.

The pizza in the picture look burnt. She should have stayed in law.

I’ve also left Clifford Chance and decided to open a guest house in France. Best decision I ever made (other than optical laser surgery…..).
It’s not until you get out of the Corporate grind and have your head turned towards the things in life that really matter, like friends, family, fun, love and true happiness that you realise what a toxic environment and vexation to your spirit that the corporate world can be. And it will never allow you to foster the most precious and important goals in life. Nothing personal against CC, they are just as unhealthy as most other magic circle firms I’ve experienced.
I will always be grateful for what I gained working in the big smoke but will never regret leaving it behind for something more meaningful.
London will always be my home and favourite city in the world but I’ll never work there again.

Lol, meaningful. I think I’ll take a top of the range Lambo, townhouse in Chelsea and holidays in my villa in the Carribean over cleaning toilets in some back end of no where for a few pence a week.

If you haven’t gotten your hands dirty cleaning up the shit you don’t deserve to sit on the throne. And as a Newly Qualified of K&E I highly doubt you have any of those things or the time to enjoy them. But I wish you well trying to obtain them. I’m sure you’ll have lots of genuine friends to enjoy them with and fulfilled life of wealth and happiness. Good luck to you my friend. You’re going to need it.

Worked out there was never going to be equity and moved on. Still have to serve MAMILs all day sounds awful.

If equity makes you happy I agree with your decision. But money doesn’t always buy you happiness.
I’d be content breaking even if I had a blast along the way and contributed to someone else’s idea of what makes them happy. From MAMIL to Twitcher to Hen and Stag.

I’ll defer to the words of someone much wiser who also happened to be a lawyer:

“Go placidly amid the noise and haste, and remember what peace there may be in silence.

As far as possible, without surrender, be on good terms with all persons. Speak your truth quietly and clearly; and listen to others, even to the dull and the ignorant, they too have their story. Avoid loud and aggressive persons, they are vexations to the spirit.

If you compare yourself with others, you may become vain and bitter; for always there will be greater and lesser persons than yourself. Enjoy your achievements as well as your plans. Keep interested in your own career, however humble; it is a real possession in the changing fortunes of time.

Exercise caution in your business affairs, for the world is full of trickery. But let this not blind you to what virtue there is; many persons strive for high ideals, and everywhere life is full of heroism. Be yourself. Especially, do not feign affection. Neither be cynical about love, for in the face of all aridity and disenchantment it is perennial as the grass.

Take kindly to the counsel of the years, gracefully surrendering the things of youth. Nurture strength of spirit to shield you in sudden misfortune. But do not distress yourself with dark imaginings. Many fears are born of fatigue and loneliness.

Beyond a wholesome discipline, be gentle with yourself. You are a child of the universe, no less than the trees and the stars; you have a right to be here. And whether or not it is clear to you, no doubt the universe is unfolding as it should.

Therefore be at peace with God, whatever you conceive Him (or Her) to be, and whatever your labors and aspirations, in the noisy confusion of life, keep peace in your soul.

With all its sham, drudgery and broken dreams, it is still a beautiful world.

Be cheerful. Strive to be happy”

I moved from London to the Cotwolds, so connected with this aspect of her story.

Being skilled in reductive thinking and spotting risks is very useful when making a big change but it can also can hinder lawyers from making a change, especially in uncertain times.

It makes me sad how many solicitors want to change career direction, but stay in a profession that they ‘fell into’ or don’t enjoy.

Being a lawyer is fabulous, but it isn’t right for everyone.

A portfolio career combining freelance lawyering with other components. Professor Lynda Gratton of London Business School’s books are well worth reading: ‘The Shift’ and ‘The 100 year life.’

I cannot agree more! Here’s my card. It turns into a sponge when you put it in water. I’ve argued in front of every judge in London. Often as a lawyer.