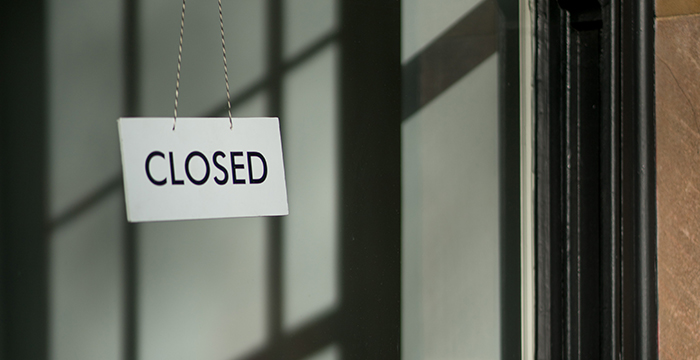 A lawtech start-up that received an eye-watering £60 million in funding has gone under after it reportedly failed to compete with traditional law firms.

Legal software specialist Atrium is said to have folded on Tuesday, laying off all of its employees totalling just over 100.

“I’m really grateful to the customers and the team members who came along with me and our investors,” Atrium co-founder and CEO Justin Kan told TechCrunch. “It’s unfortunate that this wasn’t the outcome that we wanted but we’re thankful to everyone that came with us on the journey.”

The report claims Atrium’s closure was due to its failure “to figure out how to deliver better efficiency than a traditional law firm”.

Kan also confirmed to the website that Atrium will return some of its £60 million in funding to investors, which included Silicon Valley venture capital firm Andreessen Horowitz.

Atrium didn’t respond to Legal Cheek‘s request for comment. However Kan did confirm the shut down on Twitter:

Thank you to all the clients, investors, and Atrium team members who took a swing. Things didn't work out as planned and that is my responsibility. We took a swing at something big and you all have my admiration and gratitude.

Founded in 2017, Atrium built software for start-ups to navigate fundraising, hiring and collaboration with their legal team. Atrium also offered in-house lawyers that could provide counsel on these matters.

The start-up operation has wound down but the standalone Atrium law firm will continue to operate.

The struggling start-up was previously reported by the website to have laid off between 10 and 50 staffers earlier this year.

Kan founded live-streaming service Justin.tv which reinvented itself as Twitch, a live-streaming platform for gamers, and was sold to Amazon for £746 million in 2014.

Described by TechCrunch as “a charismatic leader with a near-billion-dollar exit under his belt”, investors and founders, it said, were quick to buy into Kan’s vision. Just one year on from its launch Atrium secured £50 million in funding.