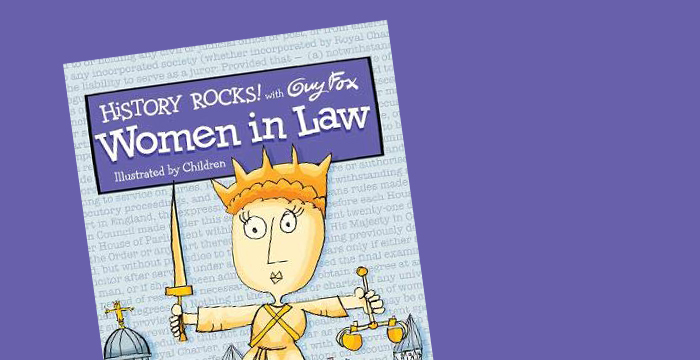 Blackstone Chambers has teamed up with a London education charity to launch a new children’s book celebrating the impact that women have made on the UK legal system over the past century.

The launch of History Rocks: Women in Law celebrates the 100th anniversary of the Sex Disqualification (Removal) Act, which received Royal Assent on December 23 1919, and removed the barriers for women to enter the legal profession.

Under the guidance of the Guy Fox History Project, year four pupils from Snowsfields Primary School in Bermondsey, South London, and barristers from Blackstone Chambers, helped develop the book by exploring women’s rights during the Edwardian era, the legislative process that led to the Act’s passage, and the lives of the women who have made legal history over the past 100 years.

The students, who created the drawings that illustrate the new 44-page book, also visited the UK Supreme Court where they were treated to a private audience with its then president Lady Hale.

“It has been a pleasure and an inspiration to be involved in this project,” said Blackstone barrister Kate Gallafent QC. “Exploring the historic achievements of women in law with such curious and enthusiastic young minds makes me feel hopeful for a more equal future.”

Kourtney Harper, creative director of the Guy Fox History Project, added: “This is a small book with a big mission. Not only does it celebrate a century of legal history, but it also challenges us to keep working to make society fairer for everyone.”

The new book, is available to purchase now, and follows hot on the heels of another children’s offering courtesy of the Legal Action Group (LAG) — an independent charity promoting access to justice for all members of society.

Last year, the charity published Equal To Everything: Judge Brenda and the Supreme Court, which tells the story of Ama, a young girl from Richmond in Yorkshire, who visits the Supreme Court on a school trip and learns about the work of the court and how another girl from her hometown went on to become its most senior judge.