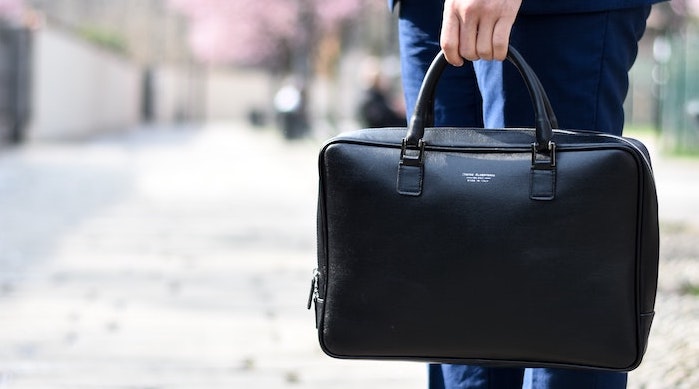 A newly qualified solicitor who was controversially struck off over a lost work briefcase is crowdfunding to cover the costs of an appeal.

Claire Louise Matthews had no lawyer in her corner when she was booted out of the profession by a disciplinary tribunal, but now has a crack legal team acting pro bono.

She’s trying to raise money to cover the whopping costs that could result if the case goes against her. Matthews, formerly of Capsticks, already faces a costs bill of £10,000 from the initial disciplinary tribunal.

The young lawyer was just a few weeks qualified when, in May 2018, she lost a work briefcase containing confidential documents.

As Legal Cheek reported earlier this month, her fate was sealed when she tried to stall for time, telling colleagues that the briefcase was at home. Matthews came clean 24 hours later, but a disciplinary tribunal agreed with the Solicitors Regulation Authority (SRA) that dishonesty in a solicitor was unpardonable.

The case struck a chord with fellow junior lawyers who felt that being struck off for a lapse of judgement was way over the top — especially compared with the minor sanctions often handed out to lawyers convicted of full-on criminal offences.

When the Law Society Gazette reported the story the following day, it was inundated by offers of pro bono help for an appeal. Matthews represented herself at the disciplinary tribunal, whereas the SRA instructed Fieldfisher and an experienced barrister with a double first from Cambridge.

She now has Leigh Day and two barristers from Deans Court Chambers in her corner, according to the website, although all the money raised will go towards costs and not for legal fees.

But even without legal fees, appeals don’t come cheap — particularly in the High Court. Matthews is trying to raise £40,000 to cover any costs order against her if the appeal fails.

Writing on a GoFundMe page, Matthews explains that “in addition to the costs ordered against me in the Tribunal of £10,000, if my appeal is unsuccessful, I could be ordered to pay the SRA’s costs of responding to the appeal”.

If she wins or there’s a surplus, the proceeds will go to legal mental health charity LawCare.

Matthews, who is now working for an NHS 111 centre, told the tribunal of her own mental health struggles following the briefcase incident, which tragically extended to “drinking bleach in an attempt to end her life”.

She now says “I feel it is important that this appeal is seen through so as to help highlight mental health in the legal profession and the devastating effect it can have when it impacts on careers”.