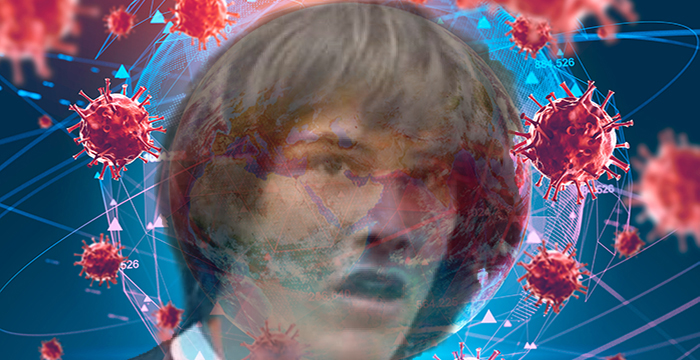 Did US law firm Davis Polk & Wardwell predict the pandemic? It’s not a question we at Legal Cheek HQ thought we’d be asking, but here we are.

This intriguing tale concerns a purchase agreement between private equity outfit Sycamore Partners and US retail giant L Brands. Riding a wave of successful multi-million dollar brand acquisitions, Sycamore was keen to add another string to its bow through the purchase of lingerie outfit Victoria’s Secret — and L Brands was only too happy to sell.

Before Piers Morgan himself caught wind of Wuhan and the coronavirus, Sycamore signed an agreement on 20 February to purchase a majority stake in Victoria’s Secret for a cool $525 million (£417 million).

But then disaster struck. “Within days, investors awakened to the devastating potential of the coronavirus outbreak,” The New York Times (NYT) reports. “…Victoria’s Secret depends on sales at its stores, where customers try on lingerie and other intimate apparel. In mid-March, the company closed all its stores, as well as its online operation.”

The World Health Organisation (WHO) officially declared the COVID-19 crisis a pandemic on 11 March.

Fortunately, major contractual agreements usually contain what is known as an ‘act-of-God clause’, which discharges the parties of their obligations (in this case Sycamore’s purchase of Victoria’s Secret) in the event of unforeseen occurrences.

So surely the deal is dead in the water? Not quite.

Thanks to some diligent drafting by L Brands’ lawyers, Davis Polk, the purchase agreement on this occasion reportedly contained a number of “exception clauses”, including one that stipulated that the deal must still go ahead even during the grips of a global pandemic.

“Corporate lawyers said references to pandemics had started creeping into merger agreements and other contracts around the time of the L Brands-Sycamore deal. By then, it was not hard to imagine that the novel coronavirus that had surfaced in China at the end of last year could cause economic upheaval. The city of Wuhan had already been shut down, and the first case of COVID-19 had been diagnosed in the United States. The virus was clearly spreading globally, with cases already reported in South Korea, the Philippines, Japan and Italy.”

It goes on to report that the L Brands-Sycamore contract was the “product of hard-fought negotiations, but there’s no evidence that Sycamore’s lawyers at Kirkland & Ellis pushed back against the pandemic language”.

Unsurprisingly with the retail sector tanking under lockdown, Sycamore is now attempting to pull out of the agreement and it has become a matter for the courts.

Sycamore apparently concedes it can’t rely on the “material adverse event” clause to justify terminating the contract, but claims in court filings that L Brands failed to run the Victoria’s Secret business in a manner consistent with past practices during the pandemic. L Brands, meanwhile, argues it did its best under the circumstances.