She accepts it may be difficult to execute 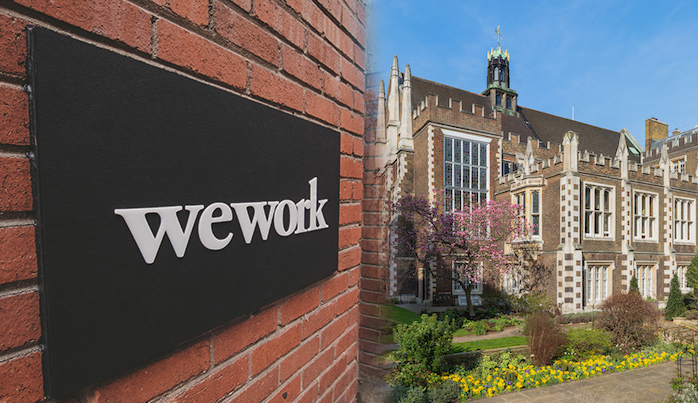 An aspiring barrister has suggested the Inns of Court build a WeWork-style co-working space on one of their “grand gardens” to boost pupillage numbers.

The Bar Standards Board (BSB) report revealed yesterday that 1,753 students enrolled on the BPTC for the academic year 2018-19 — the highest figure for enrolment since the course began in 2011. The uptick in numbers, however, only adds to the stiff competition to secure a pupillage, and this year over 2,142 applications were submitted via the pupillage portal for just 206 places.

Ferraro, the president of the Middle Temple Students’ Association, said she would like to see the Inns and BSB start “a new conversation” around pupillage. “A detailed review of this matter may highlight some potential solutions,” she writes in a personal capacity for the Bar Council’s Counsel Magazine and not on behalf of her Association nor Middle Temple.

This stems from what she describes as the ‘revitalisation’ of the Inns of Court. The re-introduction of bar training via the Inns of Court College of Advocacy brings to the Inns “a renewed raison d’être,” she said. The Inns are set to provide a bar course on their premises from September 2020.

Ferraro goes on to cite, according to some barristers, that current limitations include “a lack of space or resources in chambers”, while many agree that “the industry also faces a physical expansion problem”. This is fair to say since the majority of sets are housed in listed buildings making it difficult but not impossible to renovate.

“In my opinion, one solution could be the creation of a large co-working space with built-in collaborating environments — following the models of Regus or WeWork,” Ferraro suggested, adding: “This may be difficult to execute, but a conversion of one of the grand gardens to such an infrastructure may help chambers to expand their practice.”

Ferraro, who is understood to be completing the BPTC this summer, added “a lesson learned from the COVID-19 pandemic could be that a large percentage of work may be conducted from home… [c]hambers might be able to increase their intake without necessarily requiring additional space.”

“It is disheartening to see that the constraints faced by chambers are slowing down the industry growth that the profession may benefit from,” she continues. The Inns — Lincoln’s Inn, Inner Temple, Middle Temple and Gray’s Inn — could step in and collaborate with one another to provide a direct co-working space, she concludes. “It could ease the pupillage queue as well as catalysing industry growth.”