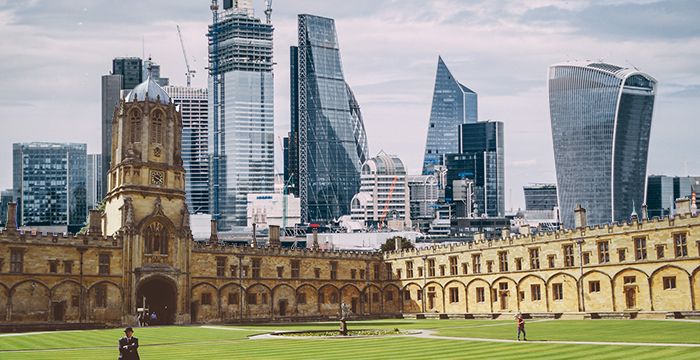 Top law firms could undermine the diversity potential of the new Solicitors Qualifying Exam (SQE) by continuing to recruit straight from traditional unis, a new report has warned.

Consultants brought in by the solicitors’ regulator say that the SQE has serious potential to improve diversity in the profession — but not if elite firms basically ignore it in favour of the old school tie.

The report says that a failure of firms to change their ways would be “likely to dilute the positive impact on diversity” that the SQE could otherwise bring about.

The warning comes from Bridge Group, a social equality consultancy — which yesterday put out another hard-hitting report finding that poor students need better A-Levels to get to study law at uni in the first place.

The boffins’ new effort looks at the potential of the SQE to improve the “lack of diversity amongst solicitors”. It builds on a previous report from 2017.

The report urges the Solicitors Regulation Authority (SRA) to collect as much data as possible on how different groups — such as women, ethnic minorities and disabled people — do on the SQE. It wants analysis of the results to distinguish between black, asian and mixed ethnicity candidates, rather than lumping them all together as “BAME”.

The Bridge Group still reckons that the format of the exam is “as objective an evaluation methodology as possible” — so long as questions are checked for cultural bias, as the SRA has promised.

And it thinks that the super-exam “has the powerful potential to level the playing field for candidates”. Nicholas Miller, chief executive of the Bridge Group, said: “There is no silver bullet to address diversity in the legal profession, but the SQE could help.”

But there are still concerns that:

“[S]ome legal employers may continue to use the conventional pathways through which they have recruited high performing candidates for many years. If leading law firms continue to recruit directly from a limited pool of highly selective universities, with little focus on relative SQE performance, this is likely to dilute the positive impact on diversity that could be realised by these reforms.”

Bridge also say that it’s important to address the possible “prejudice” against solicitors who qualify via work experience as a paralegal or a law centre rather than those who’ve “followed a more traditional training contract route”.

The good news is that at least 34 providers have signed up to offer the SQE. The regulator wants there to be competition for SQE training courses, driving down costs for students.

But that partly depends on unis stepped up to the plate. The report notes that “in the context of COVID-19, the university sector is likely to respond cautiously to pressure to reform legal programmes significantly”.

So if you end up paying through the nose for an SQE course in the coming years, blame the virus.

Paul Philip, SRA chief executive, said: “We are pleased this report recognises the progress we have made, and we welcome both the robust review and the recommendations, which will help us to realise the benefits for everyone.”

“We know we don’t have all the answers and that the SQE cannot on its own resolve all the diversity issues that the sector faces,” he continued. “This is a shared challenge for all the sector, but the insights we gain through the SQE should mean we are better placed to work together to tackle this problem.”