‘I was watching Suits at the time’, Bradley Green tells Legal Cheek 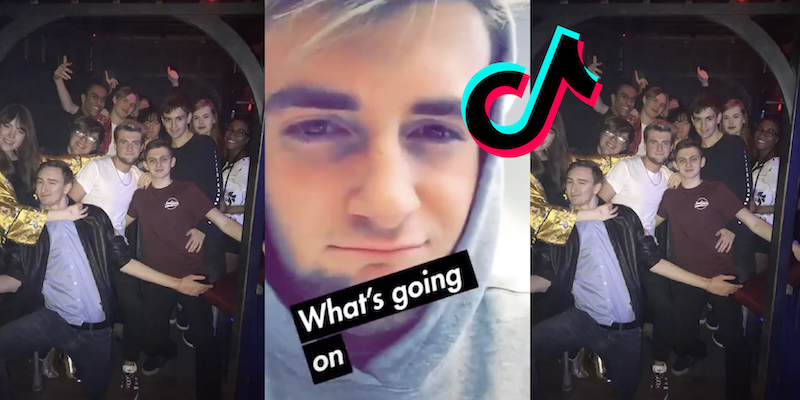 A TikTok of a music grad sneaking into a Nottingham Uni law lecture in place of his hungover mate has gone viral.

The popular clip (embedded below), which was posted last year but resurfaced after being spotted by The Tab, boasts over 660,000 views on TikTok and 106,000 likes. “It’s kind of mad,” viral star Bradley Green told Legal Cheek.

Green, who at the time of filming studied music at Leeds Beckett University, begins his TikTok tale with some cinematic narration:

“This is the story about the time me and my mate went on a night out and he couldn’t be bothered to go to lectures the next day, so I told him I’d go for him.”

The 44-second clip then jumps to the following morning as Green walks through the University of Nottingham’s campus. He then asks the camera:

“Can someone tell me why I’m going to a law lecture in Nottingham when I study music in Leeds? I don’t know, but I thought it would be funny.”

Armed with his friend’s notebook filled with legal jargon, Green takes his position in the lecture theatre where he’s seen surrounded by law students. As the class begins, Green uses the text on screen to ask a familiar question: ‘What’s going on?’

But Green persevered and in the next shot can be seen sitting in on his second law lecture of the day.

Speaking to Legal Cheek, Green said he was “watching Suits at the time” and found the lecture “super, super interesting — not that I had a clue what was going on”.

Although Green, now a music producer, does find the contract law element to music appealing, he explained that he’s not planning on switching to law any time soon. Instead he hopes his TikTok success can be a way to share his music with the masses.