PR company steps in — gets blocked 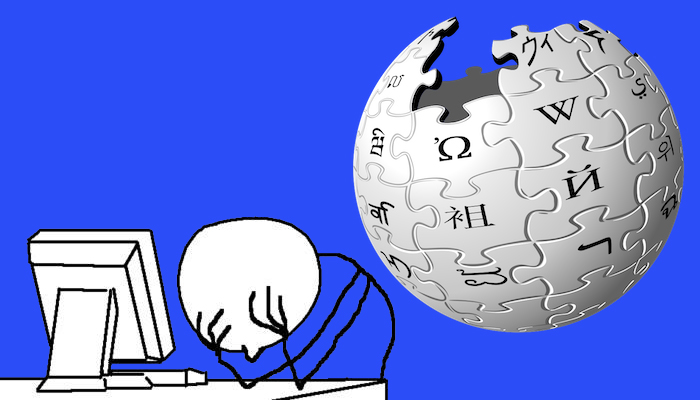 Wikipedia moderators have accused BPP University of “disruptive editing” after an account bearing the name of a senior member of staff allegedly attempted to add “promotional or advertising material” to the education giant’s page.

The online encyclopaedia’s self-policing community also appears to have blocked a PR company after it attempted to “correct some of the inaccuracies” on BPP’s behalf.

BPP said it considers the changes to be “minor, constructive edits”, and that “some additions to the page from other users were factually incorrect”.

A user with the name of BPP’s head of brand and content, Natalie Procter, was first flagged by mods in January 2018 for apparently attempting to “remove content or templates” from BPP’s entry “without giving a valid reason” for doing so. “Please stop your disruptive editing”, the site’s admins urged.

The same user popped back up again in October of this year, according to a notice on the site.

The user claimed the information underneath the entry ‘Unfair Dismassal [sic] Tribunal’ was “factually incorrect in its entirety, and in conflict with the findings of the legal case”. The “entire section needs to be removed”, the account added. The entry relates to a recent employment tribunal claim involving a former BPP law lecturer.

The site’s admins stepped in again. First they requested that the user provide “sources” to support this claim before urging them to stop their “disruptive editing”. “If you continue to add promotional or advertising material to Wikipedia, as you did at BPP University, you may be blocked from editing,” the notice reads.

It also appears that a Wiki account connected to Gerard Kelly & Partners (GKR), a PR company acting on behalf of BPP, was “blocked indefinitely” for “advertising or promotion”. The account attempted to overturn the decision, according to a notice, however this was rejected by the site’s moderators.

A BPP spokesperson said: “As part of a periodic review of BPP University’s entry in Wikipedia, we added some relevant citation templates including the granting of indefinite taught degree awarding powers (TDAP) under the Office for Students (OfS) new regulatory framework.”

They continued, referring to another report of the story:

“We can confirm that this was not done ‘continuously’ as The Lawyer reported and we consider these changes to be minor, constructive edits or, as Wikipedia describes, ‘uncontroversial changes’. We also felt that some additions to the page from other users were factually incorrect, and these inaccuracies have now been logged with Wikipedia. We apologise that we did not propose changes on the ‘article discussion/talk page’ and, will ensure we follow Wikipedia’s guidance on this in the future.”

A GKP spokesperson added: “In future, and as advised by Wikipedia, we will request any changes through the article talk page using the edit request template. We have explained the circumstance to Wikipedia and our block has already been downgraded subject to us complying with rules surrounding paid contribution disclosure which we fully agree with.”