Members of the public, who dialled into a case concerning Swindon Town F.C., blew raspberries, screamed and shared pornographic images 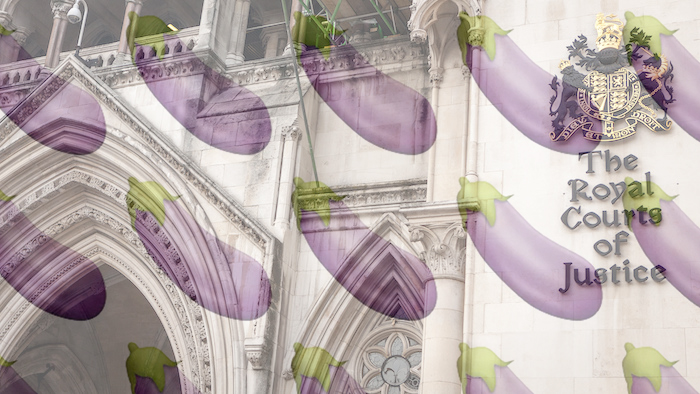 A virtual court case has been branded a “circus” after reportedly being interrupted by members of the public who blew raspberries, swore at the judge and shared obscene images of ‘well-endowed men’.

According to the Swindon Advertiser, around 140 spectators tuned into the remote High Court hearing this week, which concerned whether Swindon Town football club is part owned by football agent Michael Standing.

Early on into the 70-minute hearing — which took place on video conferencing platform Microsoft Teams — judge Iain Pester is said to have urged members of the public against disrupting the call. “During this hearing if you are not making submissions please turn your microphone to mute. Experience tells us it works much, much better,” he said.

However, the proceedings are said to have quickly descended into chaos after one observer apparently shared his computer screen, which displayed a Google image search of pornographic snaps of “well-endowed men”.

Responding to the graphic material, the judge reportedly told the parties’ barristers:

“I’ve got quite a strange screen at the moment. I’m wondering who’s interfering with the conduct of the court?” He continued: “I’m afraid if this goes on I’m going to say only the representatives of the parties can attend, because we can’t have a hearing like this.”

The judge’s warning was ignored however, as moments later a member of the public allegedly shouted “suck my d***”. Users also continued to share pornography and other images as the hearing went on. Meanwhile, attendees were seemingly able to take control of the video call settings, with the judge and barristers muted by other users.

Further problems arose after users began making firework noises, blowing raspberries and mimicking one of the barrister’s Scottish accent. Odd behaviour was also seen in the text chat bar, after one commentator called for “#PowerOut”, while another was offering cups of tea.

At the end, Standing’s barrister, Colin West QC, described the experience as “a circus” before asking the judge to reconsider attendance at remote court hearings in the future. In response, the judge revealed he’d taken the approach to ignore interruptions and instead “soldier on”. The hearing was adjudicated on costs matters and is set down for trial in late 2021 or early 2022.

This isn’t the first that we’ve witnessed the perils of virtual court hearings. Earlier this week, it was reported that a lawyer in Peru was caught having sex with a woman, believed to be his client, during a Zoom hearing after leaving his computer webcam on.

There is no suggestion the disruption was instigated by any of the parties to the proceedings.