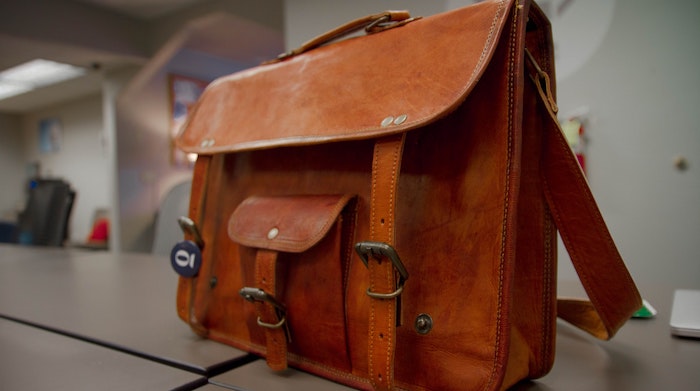 A junior solicitor who was struck off the roll after losing confidential client files will have her case re-heard by the Solicitors Disciplinary Tribunal (SDT), it has been confirmed.

Claire Louise Matthews, a former associate in Capsticks’ clinical negligence team, was hauled before a tribunal last year after leaving a locked briefcase containing work documents on a train. As Legal Cheek reported at the time, the young lawyer’s fate appeared sealed when she tried to stall for time, telling colleagues that the briefcase was at home.

She came clean 24 hours later, but the SDT sided with the Solicitors Regulation Authority (SRA) that Matthews had been dishonest. She was struck off after a four-day hearing.

But Matthews has now been thrown a lifeline, with confirmation that her case will be put before a fresh tribunal. The news comes after her legal team, all of whom are acting pro bono, “obtained and shared expert medical evidence”.

The crack team of lawyers — Gideon Habel and Emma Walker of Leigh Day’s regulatory & disciplinary team, and barristers Mary O’Rourke QC, Mark Harries QC and Rosalind Scott Bell — helped launch the appeal after it emerged Matthews had represented herself throughout the original case.

The junior, who was only a few months qualified when the incident occurred, also successfully crowdfunded over £13,000 to help cover the whopping costs that could result if the appeal goes against her.

Commenting on today’s news, Matthews said: “I am so very overwhelmed by the support and generous donations I have received over the last year. I could not have envisaged, when I started this appeal, that the decision at the original tribunal could be successfully challenged so as to give me a chance to clear my name on an equal footing with the SRA.”

“The support I have been offered has been so gratefully received and the efforts of the pro bono team have been incredible. I’d like to take this opportunity to thank them all for both their advice and support along the way. It is so important to support any newly qualified professional but especially those who are suffering but afraid to speak out. After the year we have all had it is ever more important. If this process has taught me anything it is never suffer alone and never give up.”

Habel added: “It was clear from the outset of our instruction that Claire’s case raised significant questions about how the SRA, the SDT and the profession itself deal with allegations of misconduct in the context of mental ill-health. We are delighted for Claire that we’ve succeeded in persuading the SRA of the significance of this new expert evidence and look forward to assisting her in her continuing fight to clear her name in the fresh hearing before the SDT.”

The original costs order of £10,000 has now been quashed and Matthews and the SRA have agreed to cover their own legal bills relating to the appeal, Leigh Day confirmed. She is still raising funds to cover costs associated with the case, including medical experts, but has committed to donating any surplus funds to legal mental health charity LawCare.

The SRA said: “As set out in the consent order, we agree that in these particular circumstances the new evidence brought forward should be considered by the Tribunal.”