Claire Louise Matthews has lodged appeal against strike off 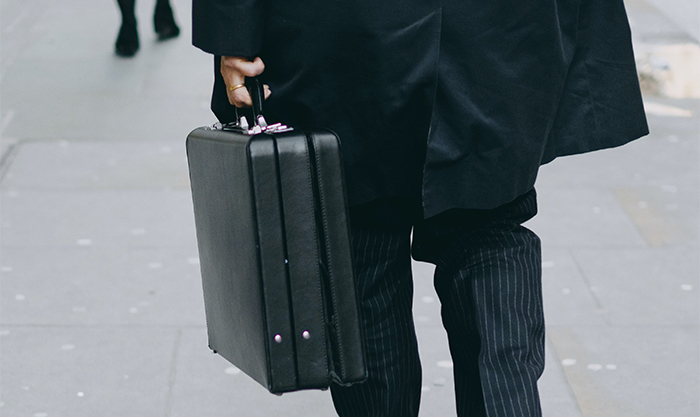 The Solicitors Regulation Authority (SRA) has hit back at criticism over its decision to prosecute a junior lawyer who left a briefcase containing sensitive client files on a train.

In a letter to the Junior Lawyers Division (JLD), the regulator’s chief executive Paul Philip said he was “satisfied” that its handling of the case was appropriate.

Legal Cheek reported last month that Claire Louise Matthews was just a few weeks out of her training contact when, in May 2018, she lost a briefcase and then lied about it to colleagues for 24 hours.

The tribunal heard how the former Capsticks lawyer battled mental health problems in the wake of the incident, which culminated in her “drinking bleach in an attempt to end her life”.

Matthews was eventually struck off following a four-day hearing and ordered to pay £10,000 in costs, despite now working at a call centre earning just £9 an hour.

“We recognise the impact regulatory proceedings can have on the health of the individual concerned, and this is obviously an issue of great concern to us,” wrote Philip. “We need to balance carefully the public interest against the interests of the individual.”

He continued: “We are able to adapt our procedures, and apply reasonable adjustments, where appropriate — and to consider alternative means of disposal where an individual is not well enough to participate, or participate fully, in tribunal proceedings. These considerations involve us taking case by case decisions, guided by the evidence, to ensure any action we take is both fair and proportionate, and protects the public interest.”

“In this case, it is easy to lose sight of the fact that this is not about a solicitor leaving a briefcase on a train, but that the evidence of her colleagues was that she lied to them on a number of occasions about the matter,” the SRA chief wrote, adding:

“[N]either a person’s junior position, nor health, will be an answer where the person has been found guilty of culpable dishonesty.”

Philip also revealed that the regulator has developed fresh guidance which sets out in more detail the current processes where health issues are raised in disciplinary proceedings. This will be published shortly, according to the letter.

Earlier this month, the JLD urged the regulator to think twice before prosecuting vulnerable solicitors who have mental health issues or have been working in toxic environments.

The group, which represents approximately 70,000 law students, trainees and solicitors with up to five years’ post-qualification experience (PQE), went on to warn that sever sanctions are “likely to deter individuals from disclosing wrongdoing for fear that they will be struck off, landed with a heavy costs order and receive significant negative publicity”.

Matthews has since launched a crowdfunder to cover the costs of her High Court appeal. She has so far raised £13,000 of her £40,000 target.

Read the SRA’s letter in full below: