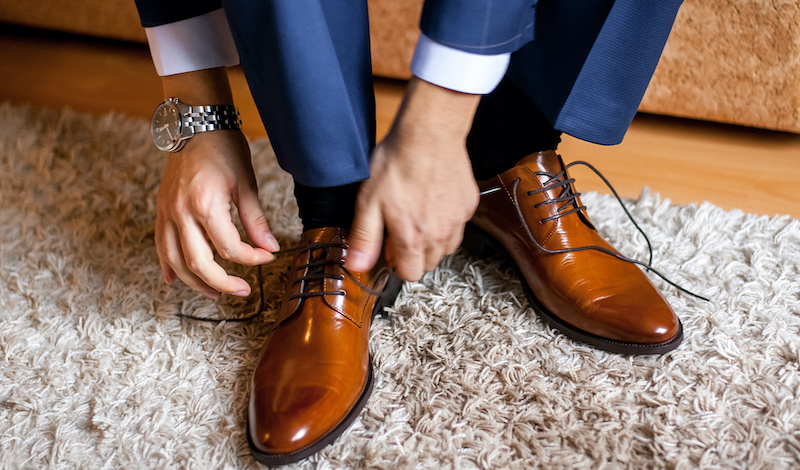 As lawyers shed the loungewear and head back to the office, a long-running sartorial debate has re-emerged.

Pre-lockdown, brown shoes had become quite the hot issue. For some, the unwritten rule that frowns upon wearing said coloured footwear with a work suit is a mechanism to deter those outside the club from entering the legal profession. For others, it’s a simple style choice favoured by a few older lawyers that is not to be taken too seriously.

The matter was reignited over the weekend when a QC fired off this tweet (either poking fun at brown shoe wearers or mocking the no brown shoe rule, depending on your interpretation):

Amid the likes there was a fair bit of pushback. One labelled the tweet as “sneering”, while another wrote:

“You might as well say don’t apply for pupillage @1kbwChambers unless you’re the sort of person who “gets” that there are unwritten rules that identify those who aren’t one of us.”

While another 1KBW man, James Turner QC, wrote: “IT WAS A JOKE”, noted among other things that brown shoes are “not for wear with a dark suit at work” and insisted that critics of the tweet had failed to grasp its “nuance” and “subtlety”.

For aspiring lawyers without connections, the row must have been at best confusing and at worst conveying the message that the legal profession is a place of baffling insider codes.

In recent years the solicitors’ branch of the profession has taken steps to move away from recommending certain types of formal workwear as law firms have tried to make themselves more accessible to bright students without professionals in their family. One global law firm even took the step of pulling a blog from its website that had claimed that “skinny ties are for Hoxton bars” and that men should punt for a “dark blue, charcoal or grey” suit — “black is only for funeral attendees and bouncers”.

Brown shoes, trainers or even no shoes are welcome at the Legal Cheek Virtual Pupillage Fair 2021 on Saturday 9 October and the Virtual Law Fair 2021 earlier that week on Tuesday 5 October. Both are free and open to all, and between them feature over 100 leading firms and chambers.

Brown shoes, trainers or even no shoes are welcome at the Legal Cheek Virtual Pupillage Fair 2021 on 9 October – feat. nearly 50 top chambers and other exhibitors. Free and open to all students and graduates! https://t.co/s7IlIALZf7 pic.twitter.com/cencwToQXK