Almost two-thirds of all contacts from trainee and junior lawyers 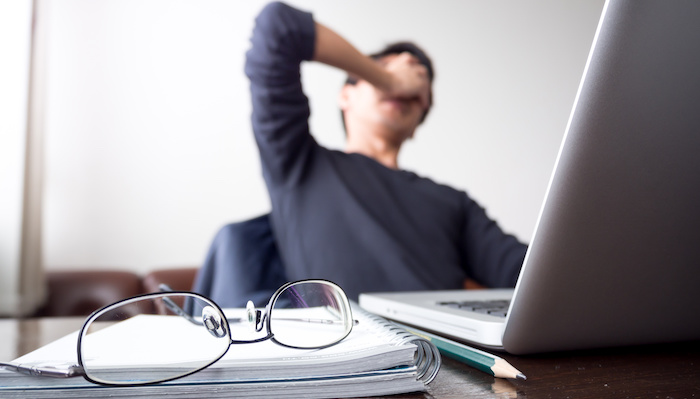 Calls from legal professionals about stress jumped by almost a quarter last year, new stats published by a legal wellbeing charity have shown.

LawCare, which operates a free, independent and confidential helpline, said 211 people, or a third of all contacts in 2021, reached out seeking help for stress — an uptick of 24% on the previous year (170).

But the number of legal professionals contacting the charity fell overall; 667 in 2021 compared to 738 the previous year. It spent 336 hours providing support on the phone, with staff fielding one call every 90 minutes.

The charity said other common problems cited were anxiety (13%), depression (10%), bullying (8%), and worries about career development (8%).

The majority of callers to the helpline were women (69%) and almost two-thirds (63%) were trainees or pupils, or had been qualified for less than five years. A further 5% were law students.

The charity, which celebrates its 25th anniversary this year, has helped over 10,000 legal professionals and support staff since its launch in 1997.

“We are very proud that we have supported over 10,000 people in the legal community since we began 25 years ago, with a small office space in the corner of our first employee Barry Pritchard’s kitchen and a grant from The Law Society of England and Wales. It’s been a difficult couple of years for us all and we continue to offer free, confidential, emotional support to anyone that needs us in the profession, on any issue that is worrying them, no matter how small. In our 25th anniversary year we plan to extend our advocacy work to help change the culture in the law, making it a healthier and happier place to work.”

The spike in stress won’t come as a surprise to regular readers of Legal Cheek. Our latest Trainee and Junior Lawyer Survey found that young associates at some top City law firms in London were averaging 12-hour plus workdays, with the shift to remote working only serving to blur the lines between work and home life.

Struggling with the stress of work? Contact LawCare via its helpline or live chat

I find WFH lonely and miserable.

I respect that other people may feel differently.

hmm…. groundbreaking news indeed… but who actually cares about this? Are these numbers ever going to be fed to the SRA and if so, what will change? I find these polls and reports quite irritating as it points to the issue, highlights the immense struggle people are under yet nothing ever changes. You see firms advertising their “superior support systems in place” but in all actuality it’s just lip service. So when will things start to change and when will the SRA start backing up juniors and putting some sort of measures in place to equalise this horribly outdated way of overworking and overstressing the junior staff to the point of complete overburn and mental/emotional breakdowns?