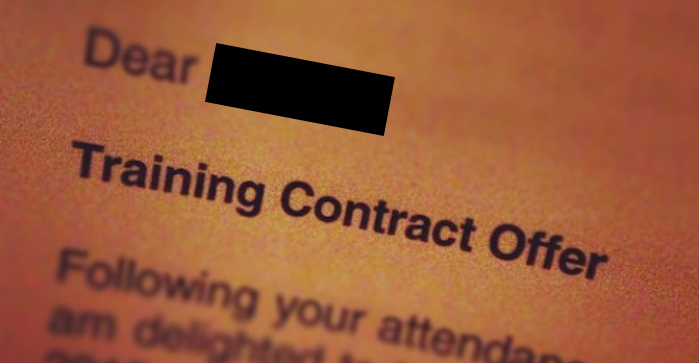 A trainee solicitor has gone viral with her incredible story of how it took her 17 years to secure a training contract, telling Legal Cheek the response has been “overwhelming”.

Rawa Hussain, 38, started her training contract last month and shared her inspiring career story in a recent post on LinkedIn.

She graduated in law from SOAS, University of London in 2005, before embarking on the year-long Legal Practice Course at The College of Law (as it was then).

“They tell you to start applying for training contracts in the second year of uni,” wrote Hussain. “I applied to dozens and never succeeded. I think part of my problem was I never reached out for help. No one looked at my CV or checked my applications and covering letters. I was too shy to ask for help and thought I can do it all on my own — that’s my personality!”

In the three years after completing the LPC, Hussain worked at three different law firms, with each one promising her a training contract but never following it through.

“It was never because I wasn’t good at my job but I was always a victim of circumstances,” she continued in the post. “So I continued to apply for training contracts.”

Hussain then decided to take a career break to start a family. “I sacrificed my career for almost 10 years but continued to apply on and off in the hope someone would take a chance on me to pursue the dream.”

She returned to the legal scene four years ago, first securing a paralegal position at the Post Office and then a training contract. She’s currently on secondment to Womble Bond Dickinson in her first seat.

Hussain’s LinkedIn post received hundreds of congratulatory comments and thousands of reactions. Speaking to Legal Cheek, Hussain said the response has been “overwhelming”.

“The response has been overwhelming and it has been so nice to hear from people how I have inspired them to keep going especially those who took a career break like me,” added Hussain. “I love to help people so thanks to the post, I have been able to do that for those who have reached out.”

For our readers who may be struggling to secure a TC, Hussain shared this advice:

“Don’t get disheartened with every rejection you get — take something from it, learn from it and use it to look forward to the next opportunity to implement and put right what went wrong. Also, be patient. I’m a big believer in everything in life happens for you at the right time it is meant to so persevere until it lands on your lap. Also, surround yourself with positivity and people who want you to succeed and who will push you to do so. Above all, be yourself!”

Too early. Coming back for comments.

Uhhhh she took 10 years out to raise her family…..

Yeah, but she continued to apply during this time. Read the article.

I don’t think I have it in me to ridicule or speak down on people who have persevered through obstacles in order to reach their life goals irrespective of the length of time it took them to get there.

Kudos to her and good luck.