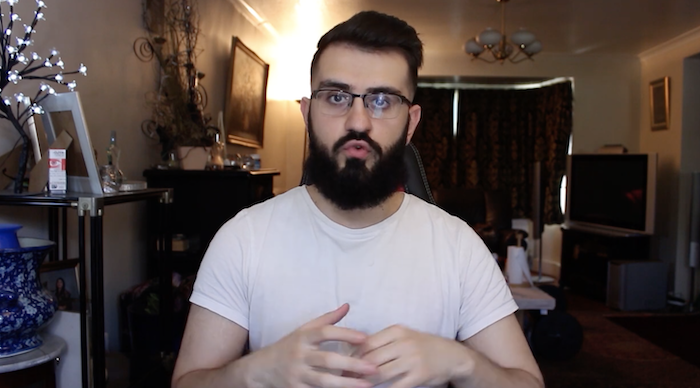 A vlogging future City lawyer has opened up about how he dealt with rejection after “crumbling” during a magic circle vac scheme interview.

In his latest video (embedded below), incoming White & Case trainee Ali Obeid speaks candidly about his early struggles with securing vac schemes in hope that aspiring lawyers can learn from his experiences and change how “you perceive your L’s and rejections”.

In particular, Obeid explains that his “worst” rejection was for a magic circle vacation scheme. Despite spending his entire Christmas break preparing for the assessment centre, while balancing the demands of his political science and government degree at London School of Economics (LSE), Obeid reveals he “flopped” the case study interview with a senior associate and partner.

“You know when you’re asked a question by someone senior and you crumble. Your face gets red, it gets a bit hot. Your suit gets a bit tighter,” says Obeid. “That’s what I was pretty much experiencing whilst a partner was sitting right across from me, staring into my eyes, expecting a sufficient, above average answer. And I just wasn’t able to provide it.”

“And the senior associate was a very sweet guy. He was trying to throw some rope my way to pull me towards him and he was trying to give me some guidance. But that partner, man, she was harsh. And fair enough, it’s a top firm, they expect competent, intelligent students.”

According to Obeid, he then spent the hour-long commute home feeling emotional, battling with the “negative noise” in his head telling him to give up on his legal dreams. But later that night, Obeid chose to carry on. He say:

“I told myself, if I stop now, there’s no point in me continuing LSE. I’m just going to stop university. Because if I become the person who runs away when push comes to shove, what is the point in continuing anything?”

In the following months, with the help of his mentor, who is BAME and from a similar low socio-economic background, Obeid successfully secured vac schemes at Freshfields and White & Case. He later accepted a training contract with the US law firm.

Obeid’s advice follows a string of vlogs aimed at helping aspiring lawyers. In a recent video, for example, the trainee-to-be explained how he received £50,000 in financial support from his university. As reported by Legal Cheek, Obeid has also offered tips to secure vac schemes the “easy way”.