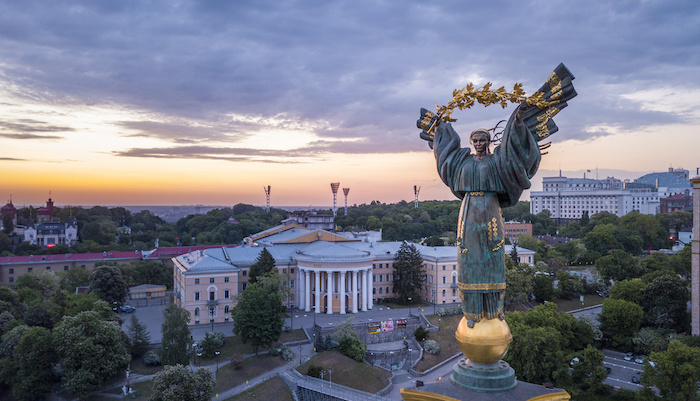 The founding partners of the London office of a Russian law firm yesterday decided to close the outpost following the “shocking developments” in Ukraine.

James Dingley, who joined Ivanyan & Partners from Clifford Chance in 2020, wrote on LinkedIn: “Following the shocking developments in Ukraine last week, we have, together with our Russian colleagues, decided to close the London office of Ivanyan and Partners.”

Dingley said he is no longer working on client matters, and will be leaving the firm “once all office-related administration has been properly concluded”.

Ivanyan and Partners has more than 90 lawyers in Moscow and St Petersburg. The London office was the firm’s first international office and specialised in complex international disputes.

Baiju Vasani, who was managing partner of the London office and global head of arbitration, wrote: “I have today tendered my resignation with Ivanyan & Partners and am no longer working for its clients.”

Both lawyers wished for a peaceful end to the ongoing crisis and said they will announce their next move in due course.

Norton Rose Fulbright, meanwhile, told its lawyers and staff not to comment publicly on the sanctions imposed on Russia.

“Our sanctions team is advising clients across the world and, given the rapidly evolving situation, it is important that this advice is provided directly, through the appropriate channels,” a spokesperson for the firm said. “We therefore recently issued an internal notice relating specifically to external commentary on sanctions.”

The global firm has since clarified its position, issuing the following statement this morning: “We are shocked by the tragic events unfolding in Ukraine. Across our global firm, we are donating to humanitarian appeals to support the people of Ukraine and we hope for a swift and peaceful resolution.”

“As with many other law firms, it is standard practice for us to issue internal notices on any developing legal and regulatory issues covered by our practice, such as changes to sanctions,” the statement continued. “We’re clear that this does not in any way prevent members of the firm from voicing any views that they may hold on the wider Ukraine invasion and we fully support them doing so.”

The role of City law firms, some of who represent the interests of Russian individuals and businesses, has come under heightened scrutiny following the sanctions imposed on Russia in recent days.

Media reports over the weekend claimed the Foreign Secretary Liz Truss received legal threats from London law firms trying to dissuade her from imposing sanctions on their clients.

Responding to concerns about how law firms advise clients about sanctions, Law Society president I. Stephanie Boyce said: “It’s the job of solicitors to represent their clients, whoever they may be, so that the courts act fairly. This is how the public can be confident they live in a country that respects the rule of law — unlike Putin’s tyrannical regime.”

“Solicitors are highly regulated and are not allowed to bring spurious objections to processes — if they challenge the government’s actions, it’s because they think the government is at risk of breaking its own rules,” she continued. “If parliament wishes to change those rules, they have the power to do so democratically.”

Boyce added: “The Law Society and our profession stand ready to support the government to build a watertight sanctions regime against Russia.”

The Solicitors Regulation Authority, meanwhile, reminded firms of the importance of sanctions guidance. “Firms should check the financial sanctions lists before offering services or undertaking transactions for clients,” the regulator said. “If an individual is on the sanctions list and subject to an asset freeze, firms may not deal with those funds or make resources available to that person.”

Sign up to the Legal Cheek Newsletter
LinkedIn Russia-Ukraine Solicitors

Will members of the Bar who make a VERY lucrative living from working with oligarchs leave their chambers too?

Barristers are self-employed. Not to mention every one is entitled to legal advice and representation, no matter how questionable they may be.

Ah yes, I’m sure they’re doing it in the name of justice and not the millions in fees

Given that most legal advice is given by solicitors, on your reasoning, why should solicitors’ firms be compelled to close their offices out of reputational and other sanctions without the same also applying to the bar?

The “legal advice” you refer to is not a monolith.

Solicitors acting in a transactional capacity are not obligated by the cab-rank rule to assist their clients. A law firm’s deals for Russian energy companies do not further the rule of law, but rather, abet a regime that is now murderous on an international scale. By continuing to do deals for the Russians, law firms are propping up Putin’s government and therefore complicit in this gross transgression against human rights and international law that is the invasion of the Ukraine.

Contrast this with barristers and solicitors acting in a dispute resolution capacity. To participate in a blanket ban on taking instructions from Russian clients is equivalent to reaching a foregone conclusion that each Russian is guilty of the specific claim that has been served on them. This is of course an absurd conclusion. It is true that litigators may employ cunning and guile to further their side of the case. But at the end of the day, if we have faith in the justice system and the rule of law itself, the “right” side should prevail, meaning that guilty oligarchs will be charged regardless.

We moved on from the Russians about 10 years ago. We work for the Indians and Chinese now.

Back peddling from NRF but no one is dumb enough to believe that surely? They just wanted to protect their back pockets from getting lighter and rightly got called out for it. Almost identical to when JD tried to claim they didn’t advise Trump with challenging the election result. Sub-par firm, sub-par behaviour.

Their Canada chair has publicly spoken out in solidarity, it’s not all of them.

But… we are lawyers. It’s best that we are seen as impartial even if we think it’s horrific personally.

NRF’s statement was incredibly ill judged. I can’t believe their legions of overpaid PR staff who inhabit the 8th floor and do precisely sod all to justify their inflated salaries didn’t seen this coming.

Just watch the client base drain away….

Here’s an idea that will do some good while keeping the lawyer busy:

1. Seize all Russian owned property in London (most of which is empty) and turn it into affordable housing.

2. Open our borders to Ukrainians fleeing the evil madness.

3. House them and our own poorer families in said property.

I call on all UK EU and North American law firms to close their Russian offices with immediate effect. Nothing less will save their reputations. Putin can only be stopped by each of us doing whatever we can.

We also need to look at Russian citizens at the Bar and who they are working for.