Politicians’ knives out for cream of corporate law crop 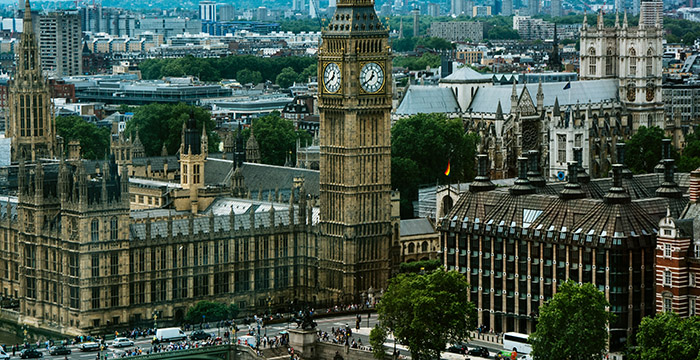 Magic circle giant Linklaters has been slammed by MPs over its work on mega-money deals involving Russian businesses. The criticism, courtesy of the Foreign Affairs Select Committee, comes just days after fellow magic circler Slaughter and May came under fire from Westminster after it emerged the firm had billed embattled construction giant Carillion in excess of £8 million in the 18 months prior to its collapse.

First up, Linklaters. The Foreign Affairs Select Committee cristicised the firm for failing to appear before it to give evidence on the flotation of Russian energy firm En+ on the London Stock Exchange.

A committee report, Moscow’s Gold: Russian Corruption in the UK, questions how the huge deal was able to go ahead given that VTB Bank, a sanctioned Russian bank, holds a stake in En+. The scathing report, published this morning, also queries how En+ was able to use the proceeds of the deal to repay an outstanding loan back to VTB.

The report states: “We regret their [Linklaters’] unwillingness to engage with our inquiry and must leave others to judge whether their work at ‘the forefront of financial, corporate and commercial developments in Russia’ has left them so entwined in the corruption of the Kremlin and its supporters that they are no longer able to meet the standards expected of a UK-regulated law firm.”

Responding to the criticism, a spokesperson for Linklaters said:

“We’re very surprised and concerned at the passing criticism of Linklaters in the report. We reject any suggestion based solely on the fact that we — like dozens of other international firms — operate in a particular market that our services may somehow involve the firm in corruption, state-related or otherwise.”

The report comes just days after MPs threw scorn on fellow magic circle outfit Slaughter and May, this to do with its involvement with construction firm Carillion, which entered into liquidation earlier this year with debts reportedly in excess of £1.5 billion.

A letter from Slaughter and May’s senior partner, Steven Cooke, to MPs revealed Carillion had ran up a legal bill of £8.38m with the elite law firm between 1 July 2016 and 15 January 2018. Of the final bill, £6.8m was paid. The letter, dated 20 February, was only made public after the Work and Pensions Committee and the Business, Energy and Industrial Strategy Committee jointly published a damning report into the fiasco last week.

The report said: “[N]ames such as Slaughter and May, Lazard, Morgan Stanley and EY were brandished by the [Carillion] board as a badge of credibility. But the appearance of prominent advisers proves nothing other than the willingness of the board to throw money at a problem and the willingness of advisory firms to accept generous fees.”

It continued: “[B]y the end, a whole suite of advisers, including an array of law firms, were squeezing fee income out of what remained of the company. £6.4m disappeared on the last working day alone as the directors pleaded for a taxpayer bailout.”

According to the report, Clifford Chance and Freshfields received payments of £149,104 and £91,165 just days before Carillion went under. Slaughter and May declined to comment.