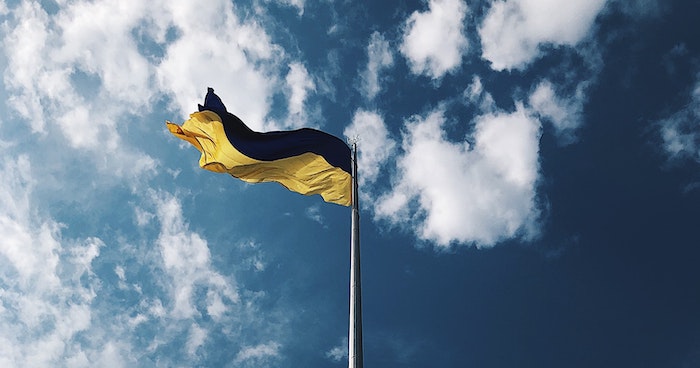 A legal recruitment firm is helping displaced Ukrainian lawyers find jobs in the UK, telling Legal Cheek it already has a dozen contacts on its list and interest from top law firms.

Fides Search launched the new initiative on Friday and seeks to help, on a “no fee” basis, lawyers displaced by the war in Ukraine who have landed or intend to move to the UK.

The initiative came about after the firm sought ways to help the people of Ukraine, eventually deciding it would be best to do what they currently do as a business, and help lawyers to find jobs.

“We are not looking to brain drain or damage Ukraine,” Syed Nasser, the firm’s head of technology transactions and venture capital, told Legal Cheek. “We feel that by helping these individuals maintain and enhance their careers, they will obviously benefit themselves in the short term but also be more valuable to the rebuild of the country and its economy when they return.”

The majority of lawyers seeking work outside of Ukraine are women, as most Ukrainian men between the ages of 18 and 60 are required by law to stay back and fight Russian forces.

Fides Search requests their CV and asks them to fill out a form providing details on where they are hoping to land and the time frames they are working towards.

When the firm places an individual only the hiring organisation pays a fee, which is usually a percentage of the salary and entirely waived in this instance.

The initiative is in the early stages of development yet Fides Search said it has a dozen CVs on file and already one lawyer interviewing for a position, plus interest from national and international law firms, one of the Big Four professional service firms, as well as in-house teams, who might require Ukrainian speakers and experts in law for work tied to the war.

Some Ukrainian law firms are also looking to redeploy their staff and Nasser told us one of his clients said this week they’re able to accommodate up to six lawyers in the UK. “We’re not asking our clients, ‘What do you need?’, rather we’re asking them, ‘What can you take?’ and we’re encouraging them to be as creative as possible”, said Nasser.

He also told us there’s been interest around potentially hiring people with skillsets outside of legal practice, including finance, compliance, marketing and HR.

Last week Mark Wagner, managing director of legal recruitment consultancy SSQ, shared a post on LinkedIn asking his network for help placing a female partner from an international law firm in Kyiv who was forced to leave the country due to the ongoing war. “Any fee due to SSQ would be waived or donated to an appropriate Ukrainian refugee charity,” he said.

Are the firms closing their Moscow offices helping their lawyers and staff secure roles elsewhere?

Not sure they should be doing that. Russia (including its citizens) need to take collective responsibility for the genocide that is currently taking place.

Russian at US firm in Moscow

I may assure you that most employees of UK/US firms never supported Putin. It’s just a little bit harder to stop the war when your vote does not count, your opposition leaders have been imprisoned, murdered, or exiled, and any Facebook post may (and any street protest likely will) result in you being detained and not so occasionally beaten up or tortured.

It’s not genocide you moron. You can’t just use the word ‘genocide’ on every war crime you see – it devalues the word of that specific meaning.

Russian at US firm in Moscow

Some firms offer relocation to partners and select counsel and associates. Although sometimes this “relocation” does not even include a work visa and is just an understanding that the firm will pay for the plane tickets and an Airbnb (because Russian credit cards are blocked) for several months by deducting these amounts from the employee’s Moscow salary, with no further prospects. Some firms do not offer any relocation at all. According to rumors, only Linlaters offer relocation to everybody, including admin staff.

But generally, we do not know – most firms did not make any announcements in this respect, even internally. It now seems that many firms may pay around 6 monthly salaries in severance payments (which we will not be able to use because our credit cards do not work and we cannot withdraw cash other than Ruble) and be done with us for good (or until the things improve).

It would really help if websites such as Legal Cheek, AbotheLaw, ROF etc., and UK/US associates at the firms put pressure on the leaving firms to offer support to their Russian employees and be more transparent about this. There was a lot of pressure for the firms to leave Russia. But there will be hundreds (if not thousands) former employees left behind as a result.