As Carter-Ruck says Bob Seely got it wrong 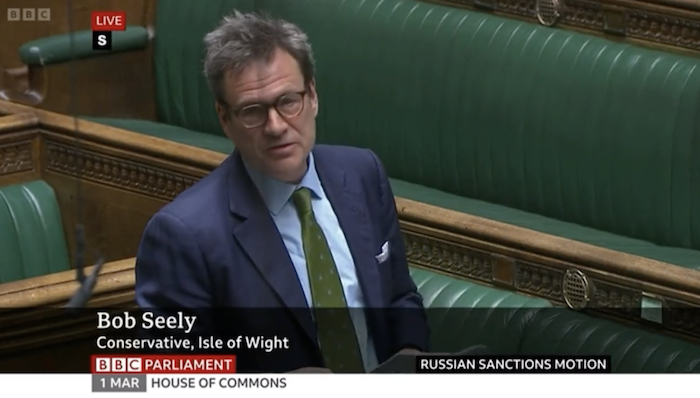 Lawyers of Twitter have hit back at an MP who called out law firms over their alleged links to Russia.

Last night in the House of Commons Conservative MP Bob Seely used parliamentary privilege to launch an extraordinary attack on a number of lawyers and law firms who, he claimed, worked on behalf of Russian clients to “silence their rivals”.

Seely, a former soldier, named media lawyers from CMS, Carter-Ruck and Harbottle & Lewis, as well as a barrister from Matrix Chambers.

“Oligarchs, Putin’s henchmen… teaming up with amoral lawyers. These firms set up a one-stop corruption shop to offer a form of legalised intimidation to silence their rivals but also journalists and authors, but also an unstructured and unregulated private eye business which is now collecting kompromat on people in this country.”

“Do not get me wrong — people have the right to advice and legal representation,” he added. “But they are abusing it very badly in our society at the moment.”

Legal Twitter was quick to call out the MP’s “cheap and tawdry” attack, saying that it’s a right for everyone, including Russian Oligarchs, to have access to legal advice and representation.

Barrister Vishal Misra of Great James Street Chambers said naming the lawyers and their law firms in this way was “reprehensible behaviour”. He continued: “Lawyers are not the people that they represent. You wouldn’t name a dictator’s doctor and start claiming that by providing medical services to a patient they are immoral…”

“For what it is worth — there is nothing this MP says here in ‘naming and shaming’ lawyers that could not be found by a quick search of public domain sources such as the lawyers’ websites and case reports,” said lawyer and legal affairs commentator David Allen Green, adding: “It really is a red herring. The law is to blame more than the lawyers.”

Gatehouse Chambers barrister Colm Nugent appeared to mock the government and MPs, saying it’s “entirely within the rules” or a “wholly excellent idea” when they accept payment from Oligarchs, but “entirely unacceptable and immoral” when lawyers do the same.

Meanwhile, Carter-Ruck, one of the firms singled out in Seely’s attack, told Legal Cheek:

“We are not working for any Russian individuals or companies seeking to challenge, overturn, frustrate or minimise sanctions and nor will we do so. We add that we do not act in the manner alleged by Mr Seely. We acted for Rosneft in proceedings for libel but these were concluded last year, well before the invasion of Ukraine, which we obviously deplore.”

CMS, Harbottle and Matrix have also been approached for comment.

The Law Society this week issued a statement in support of law firms representing Russian clients and in particular those working to ensure sanctions imposed by the UK government are lawful.

“It’s the job of solicitors to represent their clients, whoever they may be, so that the courts act fairly,” said the Society president I. Stephanie Boyce. “This is how the public can be confident they live in a country that respects the rule of law — unlike Putin’s tyrannical regime.”

However, a number of City law firms have already cut ties with Russia and begun reassessing client relationships in light of the ongoing conflict.

Parliamentary privilege enables MPs to effectively say whatever they want in parliament so they can carry out their duties without interference.