Unless it’s a major emergency 🚨 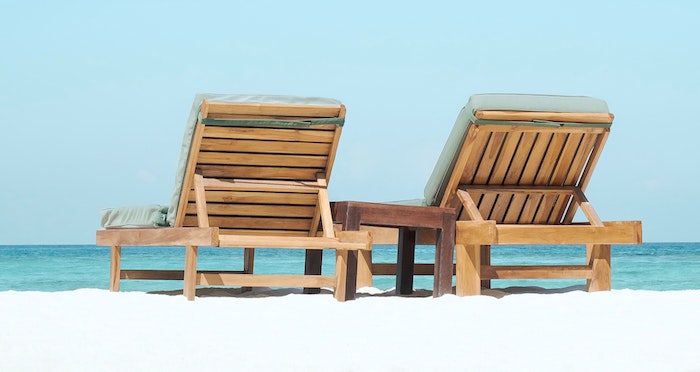 Mayer Brown is urging partners not to disturb associates while on holiday — unless it’s a major emergency, of course.

The guidance comes courtesy of the firm’s UK managing partner Dominic Griffiths, who reportedly sent an email to partners reminding them that any planned downtime should not be interrupted or cancelled for anyone.

The exception to the rule, however, is where a critical client emergency arises and no-one else other than the associate on annual leave can save the day.

Griffiths, who took over the top London role in January after Sally Davies’ five-year tenure came to an end, told The Lawyer (£):

“I’ve a long held belief that it is vitally important for our people to be able to take their holidays without disturbance, except in circumstances of emergency where no-one else can resolve a critical problem.”

He added: “That was naturally the case when I was a junior (as the technology didn’t exist) and I’ve always observed that the most successful of my partners make good provision when their lawyers are out of the office.”

Holiday guidance aside, it appears Mayer Brown’s senior lawyers are a pretty supportive bunch, with trainees and junior lawyers collectively scoring them an A for approachability in our annual industry survey. The firm could, however, only muster a C for work/life balance, with its US rivals — where pay is high and hours are often long — achieving similar grades.

The Legal Cheek Firms Most List 2022 shows Mayer Brown take on around 15 trainees each year and starts newly qualified associates on a base salary of £105,000.

“Unless it’s an emergency” basically invalidates this. Anything can be made an emergency for partners and clients, even a missing full stop.

Someone didn't read this article properly and it shows 🤭

Someone doesn’t work in a law firm

Delusional if you think that will actually be applied to any kind of strict threshold, especially with partners who are hands off and have associates running the day to day on their deals (I.e a vast majority)

Someone (me) just wants to be optimistic

You’re possibly right but I’d rather stay hoping that this might actually be adhered to, and it’ll spark change within other firms. Naive? Probably

Hi, this is the real world imposing on your fantasies

If you want a broad interpretation of this policy may I suggest you approach the private client department or consider a career in professional support.

Shouldn’t need to be said – but understand why it has

In true lawyer style, can we define what an ‘emergency’ means then? No definition makes this statement seem more like a toothless PR stunt than a meaningful call to action, as partners or clients can spin the most trivial and non urgent thing into an emergency if no guidelines are in place, and frankly I’m sick of it at this point.

I consider an issue that arises when I am on holiday or playing golf an emergency.

Agree that the use of ’emergency’ should probably be clarified here – understand why it needs to be said, however will no doubt lead to partners insisting that something is an emergency without proper measures taken to find alternative solutions/team members.

Honestly such BS, what exactly is the recourse if a partner says it’s an emergency when it’s clearly not?

Different firm and I’m an associate in the leveraged finance team. Client wanted everything agreed by CoB on a Friday so he could enjoy his weekend without worrying ahead of the utilisation on the Monday. I kept the client updated and sent a final email at 7pm as there were still some bits we hadn’t heard back on.

I told the partner well in advance that I was going out for drinks in the evening and would have my computer if anything urgent happened – I.e an “emergency”.

I received two emails, one at 9:30pm and then at 11:00pm, both chasing me to send a further update to to the client to tell him nothing had happened yet on the outstanding points (despite the client not chasing for another update).

In that situation, the partner clearly felt it was an emergency and not something he could do himself, because he kept chasing me to do it. As has been mentioned above, it’s just a stupid PR stunt, nothing will change.

Very good example and sadly all too common. Nothing worse than making plans in your downtime I.e. weekend/holiday and returning to a barrage of emails and missed calls when you check your phone/laptop.

This moan reeks of entitlement. So you put consuming alcohol on a Friday before your work and clients? And you still resent being asked to do something very minor? Your 7pm “final” email was not a final email given “there were still some bits we hadn’t heard back on”.

Exactly. This lot want £130k on day 1 but don’t want to work as hard for it as their predecessors.

Was the 7pm email: “Dear client, I want to get pissed now and while everything is not done, I am off to the pub and consider it no longer my problem.”?

I had the temerity to take a few days of annual leave between Christmas and New Year a couple of years ago.

A partner on the matter (but different workstream) emailed me asking me to send an email to the client with a couple of points.

When he received my out of office email, he then emailed me again to ask if I was aCtUaLLy oUt oF oFFiCe or if I’d be able to send the email… 🙄

The ridiculous part was logging in to send an email that took 5 minutes. The partner probably spent more time emailing me on it than if he’d just emailed the client directly #juicybillables

People with this attitude chose the wrong profession. If sending the odd email between Christmas and New Year is a problem then find a job that does pay £100k plus in the first year.

Lol, what a life

Tbf you don’t exactly have to return to your desk and log in to send a quick one line update email.

I think a reality check is in order. There are some firms and practice groups who will gladly interrupt holidays and weekends at the drop of a hat. But this definitely isn’t the rule in the City. I work in a transactional department at a US firm, and it’s heavily frowned upon to contact associates on leave for essentially anything at all. A friend of mine took a month of qualification leave and only had to respond to two emails. The only exceptions across the City are (a) ultra-small teams where there aren’t enough associates/trainees to arrange meaningful cover; and (b) teams run by toxic dinosaurs who trained in the 70s/80s and think that holidays are for the weak.

Didn’t get where I am today by whining about hard work!

But holidays are for the weak!

What do you want next? Free adult Pampers for new associates?